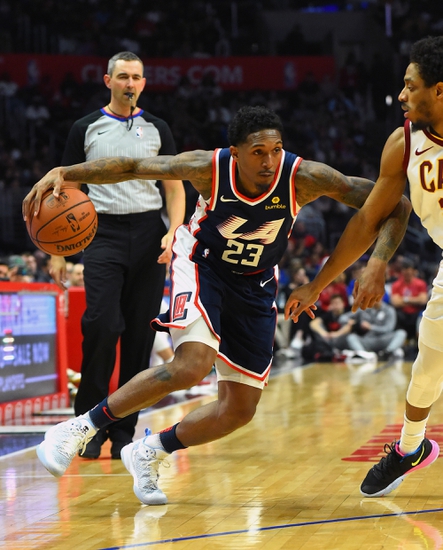 On Tuesday, the Cleveland Cavaliers are in Los Angles for a game against the Clippers, but first must play the Lakers on Monday night.  In their last game, the Cavaliers were victorious against the Denver Nuggets by the score of 111-103.  Collin Sexton led the Cavaliers in points with 25 while shooting 9 of 18 from the field and 3 of 4 from the free throw line.  Kevin Love was the leader in rebounds for Cleveland as he recorded 15, all coming defensively.  Darius Garland led Cleveland in assists in the game with 8 while playing a total of 38 minutes against the Pistons.

The Cavs enter their game against the Lakers on Monday night with a record of 12-27 and are currently in 5th place in the Central Division.  Collin Sexton is the Cavs leading scorer and has averaged 18.7 points per game.  Tristan Thompson leads the Cavs in rebounds per game with 10.6.  Darius Garland leads the Cavaliers in assists per game with 3.4.  Cleveland enters Monday’s game with 4 players listed on their injury report as Dante Exum, Kevin Porter Jr., Dylan Windler and Larry Nance Jr. are all listed as out.

The Los Angeles Clippers welcome the Cleveland Cavaliers to town on Tuesday night after losing their last game to the Denver Nuggets by the score of 114-104.  Kawhi Leonard led the Clippers in points on the night, scoring a total of 30 while shooting 12 of 25 from the field and 4 of 4 from the free throw line.  Patrick Beverly led the Clippers in assists with 7 while playing a total of 28 minutes in the game against the Nuggets.  Ivica Zubac led the Los Angeles in rebounds on the night as he recorded 9, including 1 coming offensively.