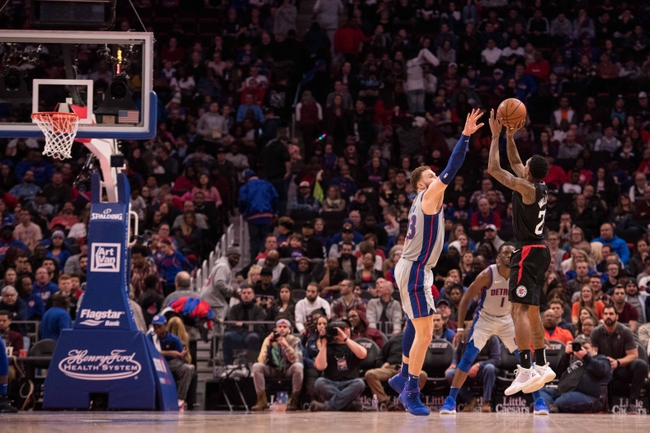 The Detroit Pistons will travel West to take on the Los Angeles Clippers in Los Angeles, California, on Thursday at the Staples Center. The Pistons are on a two-game losing streak, falling to the Utah Jazz and the San Antonio Spurs. The Pistons have lost four of their last five games this season.

The Detroit Pistons are 12-22 on a season and have been dreadful away from their Rena this year, with a record of 4 - 12 away from home. The Pistons are dealing with multiple injuries to their team at the moment, with Blake Griffin, Markieff Morris, Reggie Jackson, and Jordan Bone all possibly out for this game. If the Pistons want to improve this season and not begin to tank, they need to do better at rebounding, as they are 28th in rebounding, which is unacceptable with Andre Drummond on the team, who leads the NBA in rebounding, but the rest of the team does not do their job.

The Los Angeles Clippers are coming off of a win over the Sacramento Kings. The Clippers have won three of their last five games that have been a little inconsistent at the moment.

The Los Angeles Clippers are 24-11 on the season but have been terrific at home with a record of 14-3. The Clippers may be without Patrick Beverly and Lou Williams in this game, so they will need Kawahi Leonard to take another step up and utilize their bench a bit more.

Both teams are dealing with injuries that certainly damper this matchup. However, I think that the Detroit Pistons injuries are more concerning than the Los Angeles Clippers injuries. Not to say that the injuries to Patrick Beverley and William aren't incredibly significant right now, but the Los Angeles Clippers are such a deep team that it does not affect the squad the same way that it will for Detroit, if the Pistons players all are out. I think the Clippers are the better team here, and as long as they can get a reasonable amount of production out of their bench, the Clippers win this one easily. Final score prediction, Los Angeles Clippers win 112 - 102.