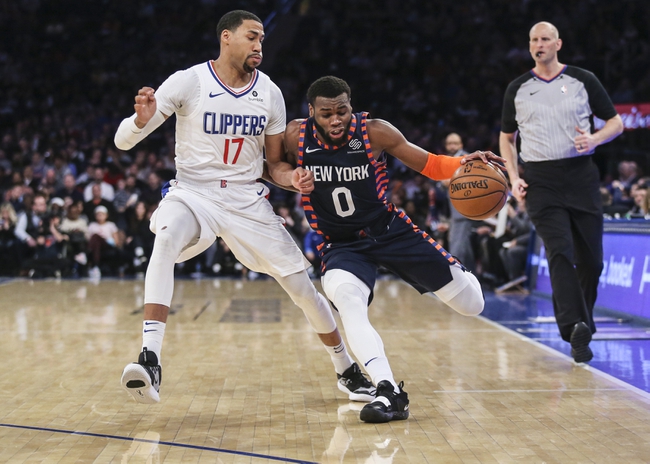 In the Knicks loss to the Suns, New York was guided on offense by Julius Randle.  Randle secured a double-double, finishing with 13 points and 13 rebounds.  The Knicks shot 45% from the floor and 27% from 3-point range.  The Knicks were out scored from the foul line, 26 to 20.  The difference in the game came on fast break points.  The Suns out scored New York, 20 to 5 in that category.

The under is 18-17 in Clippers games this year.

The Clippers are one of the better teams when playing at home.  Los Angeles is 15-3 when at home, while New York is 5-13 on the road.  The Knicks have a mediocre scoring defense in the league, giving up over 111 per game.  That does not bode well for New York, when going up against a Clippers team that averages over 116 offensively.  The Clippers give up just over 105 per game at home, while the Grizzlies average 102 on the road, that ranks 27th in the league.  The Clippers offense will be to much for the Knicks in this one.  Final score prediction, Clippers will win and cover,