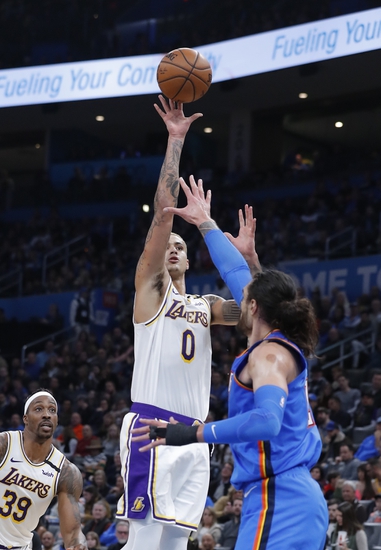 The Cleveland Cavaliers travel to the STAPLES Center to take on one of the LA Lakers. The Cavaliers come in on a two-game winning streak most recently upsetting the Denver Nuggets on the road winning 111-103 to improve their record on the season to 12-27 on the year. The Lakers come in scorching hot having won their last eight games, the most recent win over the Oklahoma City Thunder 125-110 to improve their record on the season to 32-7 which is one of the best records in the NBA.

The Lakers boast one of the best offenses in the NBA scoring 113.5 points per game to rank 7th in the NBA. Leading the Lakers is superstar duo Lebron James and Anthony Davis both who will be all-stars in the NBA this season with Lebron leading the NBA in assists with 10.7 while adding 25.4 points per game. Davis leads the team in points with 27.1 and rebounds with 9.4 per game. The Lakers offense is efficient shooting 48.4% from the field to rank 1st in the NBA.

The Lakers have been one of the best bets in the NBA this season with a 21-17-2 record ATS and have covered the spread in three straight games coming in. Cleveland brings in a 17-20-2 record ATS but have covered in their last three games. The Lakers stars have been dealing with injury issues with Anthony Davis and Lebron questionable for this contest against the Cavaliers. Final score prediction, the question marks with injuries allow the Cavaliers to keep this game close and lose the game outright 114-109.