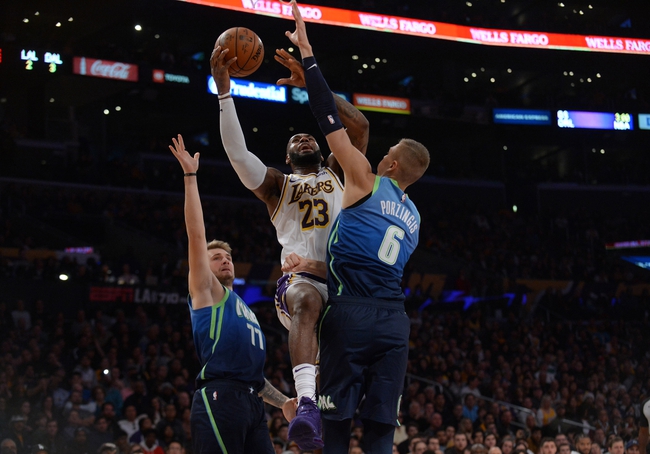 The Mavericks are 20-10 on the season and have been a great team with or without Luka Doncic this season. However, there should be a sigh of relief from Mavericks fans as they see Doncic back on the court, making them one of the most dangerous teams in all of the NBA.

The Lakers are still 24-7 on the season and 14-3 on their home court. The Lakers record is still good enough for first in the Western Conference. However, the Lakers may be in for more losses now with LeBron James questionable with a groin injury, and Anthony Davis, as well as Kyle Kuzma, are also dealing with injuries.

Mavericks are 8-1 ATS in their last nine games as a road favorite.

Lakers are 6-1 ATS in their last seven games as an underdog.

A lot will be known on Sunday morning on who to pick in this game due to knowing the availability of LeBron James and Anthony Davis. If James or Davis miss this game, then I don’t think the Lakers will be able to win this one, especially as Luka Doncic is back from his injury. When they last played a few weeks ago, the Mavericks defeated the Lakers with both teams healthy. I think the Mavericks take their second win over the Lakers this season in this game. Final Score Prediction, Dallas Mavericks win 113-109.