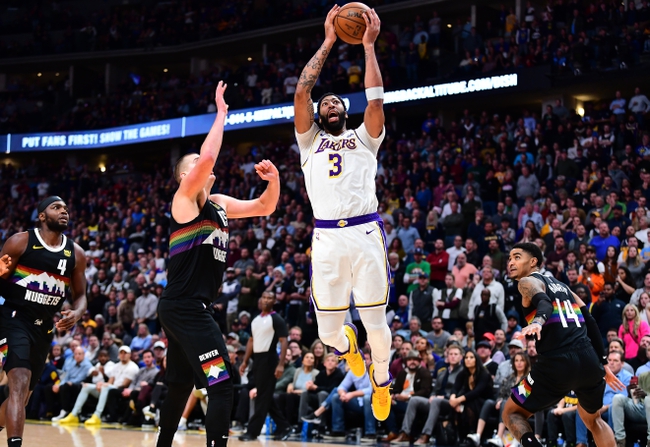 In the Lakers loss to the Bucks, Los Angeles was guided on offense by Anthony Davis.  Davis registered a double-double in the loss, totaling 36 points and 10 rebounds, while dishing out 5 assists.  The Lakers shot 46% from the floor and 34% from distance.  The Lakers allowed the Bucks to connect on 16 3-pointers.  Los Angeles was also out scored from the charity stripe, 23 to 18.

The under is 17-9 in Nuggets games this season.

The under is 16-12 in Lakers games this season.

Two of the best defense's in the league go head to head.  the Nuggets have the best scoring defense, giving up an average of less than 102 points per game.  The Lakers are giving up just over 104 per game, that ranks 3rd in the league.  The Lakers are in the middle of the pack on offense, while the Nuggets are in the lower 3rd in offense production.  The under has been profitable for both teams this season.  I'll take the under here, as this matchup has two great defense's going head to head.  Final score prediction, the Lakers will win and the total goes under, 104-101.