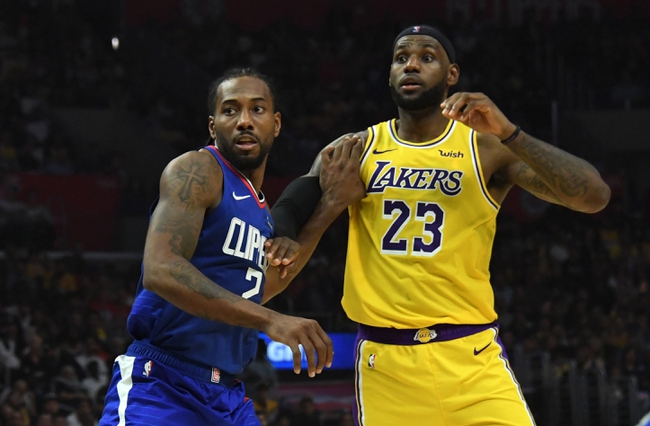 The Los Angeles Clippers will technically be playing as the visiting team on their home court against the Los Angeles Lakers in a Christmas Day matchup between the two teams from LA.  In their last game, the Clippers were defeated by the Oklahoma City Thunder by the score of 118-112.  Lou Williams led the Clippers in points on the night, scoring a total of 22 while shooting 7 of 20 from the field and 7 of 7 from the free throw line.  Williams also led the Clippers in assists with 7 while playing a total of 36 minutes in the game against the Thunder.  Montrezl Harrell led the Los Angeles in rebounds on the night as he recorded 8, including 1 offensively.

After the loss against Oklahoma City, the LA Clippers are now 22-10 on the season and are currently in 2nd in the Pacific Division.  Kawhi Leonard has led the Clippers in points per game with season with 25.5.  Lou Williams leads the Clippers in assists per game with 6.1.  Los Angeles is led in rebounds by Kawhi Leonard who has averaged 7.8 rebounds per game.  The Clippers come into Wednesday’s game with 2 players listed on their injury report as Patrick Beverly is listed as day to day while JaMychal Green is listed as out.

After the loss against the Nuggets, the Lakers are 24-6 and are currently in 1st place in the Pacific Division.  Anthony Davis leads the Lakers in points per game with 27.9 and has played well alongside his new teammates all season.  Davis also leads the Lakers in rebounds as he is averaging 9.4 per game.  LeBron James may have taken a back seat to Davis in terms of points per game, but he is still leading Los Angeles in assists per game with 10.6.  The Lakers enter Wednesday’s game against the Clippers with 2 players listed on their injury report as LeBron James and Anthony Davis are both listed as day to day.

The Los Angeles Clippers have scored an average of 115.7 points per game while allowing 108.6 points per game.  The Los Angeles Lakers have scored 112.3 points per game while allowing 104.9 points per game.  Both teams are 2-3 in their last 5 games as the Clippers have alternated wins and losses while the Lakers have lost 3 straight games.  In their first meeting of the season, the Clippers pulled out the win by the score of 112-102.  I am going to go with the Lakers in this one for now, but this may change depending on the statuses of Anthony Davis and LeBron James and I will update this if either player is ruled out for the game.  But for now, I believe that the Lakers defense will be able to slow down the Clippers enough for them to be able to pull out the win.  The Lakers are 0-5 against the spread in their last 5 games when playing the Clippers, but I can see that changing in this game with the Lakers pulling out the win.  The Los Angeles Lakers win this one 110-105 and cover the spread.