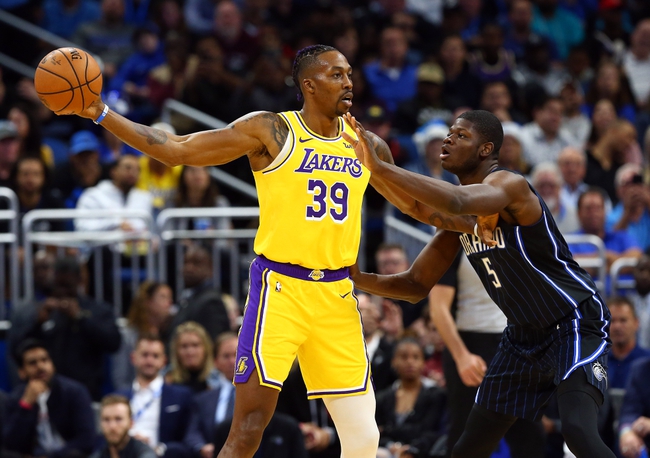 In the Magic win over the Kings, Orlando was led on offense by Nikola Vucevic.  Vucevic was 9 of 23 from the floor, making all 6 free throws, totaling 26 points and 15 rebounds.  The Magic shot 43% from the floor and 31% from 3-point range.  Orlando won the game from the foul line, out scoring the Kings 25 to 10.  The Magic led by as many as 17 points in the win.

In the Lakers win over the Cavaliers, Los Angeles was guided on offense by LeBron James.  James connected on 12 of 16 attempts from the floor, sinking 6 foul shots, finishing with 31 points and 8 assists.  The Lakers shot 54% from the floor and 37% from 3-point range.  The Lakers had an assist to turnover ratio of 33 to 12.  Los Angeles was never really threatened in the game, after the 1st quarter.  The Lakers trailed by 6 after the first and used a monster of a 2nd half to pull away.

The Magic will have their work cut out for them, as Los Angeles is 16-4 at home. The Magic have the 26th ranked scoring offense on the road, averaging less than 105 per game.  This does not bode well going up against a Lakers home defense that is allowing less than 103 per game.  The Magic are just 6-13 on the road, but have won 3 of their last 4 overall.  The Lakers have won 7 of their last 9 games by at least 10 points.  I look for the Lakers to take it to Orlando, as the Magic struggle offensively.  Final score prediction, Lakers will win and cover, 113-101.