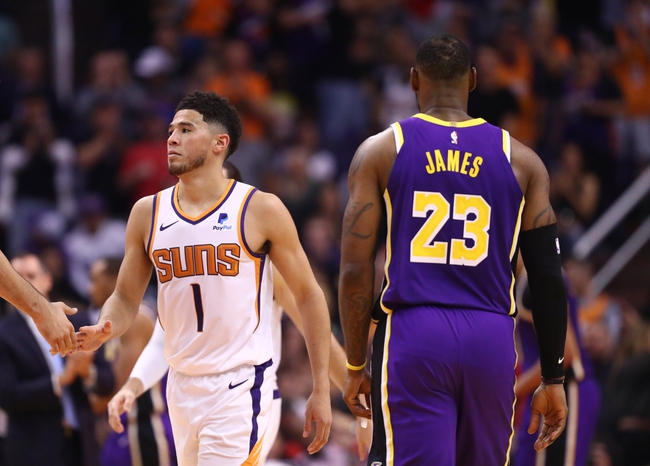 The Phoenix Suns go to Los Angeles, California, to take on the Los Angeles Lakers on Wednesday at the Staples Center. The Suns are coming off of another win, defeating the Portland Trail Blazers in their last game to put the Suns on a two-game winning streak. The win in their previous game over the Sacramento Kings snapped a seven-game losing streak Phoenix was on.

The Phoenix are 13-20 on the season, are third in the Pacific Division. The Suns are led by Devin Booker, who is averaging 24.9 points per game and are the best team in the NBA in assists and sixth in points per game. However, the Suns' Center, Deandre Ayton, is back from injury and could help turn the Suns back into a dangerous team again.

The Lakers are coming off playing back to back games, winning both games. The Lakers defeated the Portland Trail Blazers on Saturday and then the Mavericks on Sunday.

The Lakers are 26-7 on the season and 11-4 at home. The Lakers record is still good enough for first in the Western Conference. The Lakers are back to being fully healthy, with LeBron James, Anthony Davis, and Kyle Kuzma no longer on the injury report.

Under is 19-14 for the Lakers this season