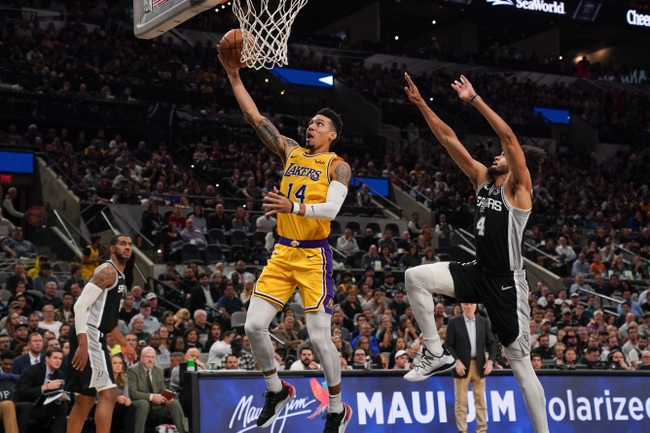 In the Lakers loss to the Kings, Los Angeles was guided throughout the game by LeBron James.  James secured a triple-double in the win, finishing with 15 points, 10 rebounds, and 11 assists.  The Lakers connected on 51% from the floor and 44% from 3-point range.  Los Angeles was on fire from distance, hitting 19 3-pointers, while allowing Sacramento to connect just 14 times.  The Lakers forced 16 turnovers.

Los Angels has won 7 of the last 10 matchups in this series.  Both offense's on the season are averaging 114 per contest.  The Spurs are averaging 113 per game on the road, while the Lakers allow just over 104 per game at home.  The Spurs don't ha great road defense, allowing over 115 per game, which ranks 24th.  San Antonio also ranks 26th in 3-point defense on the road.  James and company should find open space around the perimeter, which should help open this game up.  Final score prediction, Lakers will win and cover, 117-105.