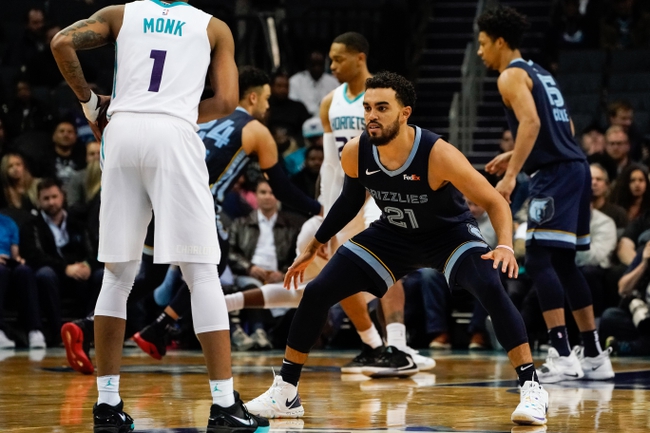 In the Hornets loss to the Thunder, Charlotte was guided by Terry Rozier.  Rozier was 10 of 18 from the floor, making 3 foul shots, registering 26 points.  The Hornets shot 41% from the floor and 185 from distance.  The Hornets were out rebounded, 64 to 63.  Charlotte out scored Oklahoma City inside the paint, 66 to 50.

The over is 16-16 in Grizzlies games this year.

Neither team has been great this year.  The Hornets are 6-11 on the road, while the Grizzlies are 6-12 at home.  Charlotte has had one of the worse scoring offense's in the league, averaging 104 per game, that ranks 28th.  The Grizzlies have been averaging nearly 111 per game. Its the Memphis defense that hurt the Grizzlies.  Memphis ranks 26th in points allowed, giving up over 116 per game.  The Hornets should see an increase in point production, due to the Grizzlies defense.  I'll take the over here.  Final score prediction, Grizzlies will win and the total will go over, 114-108.