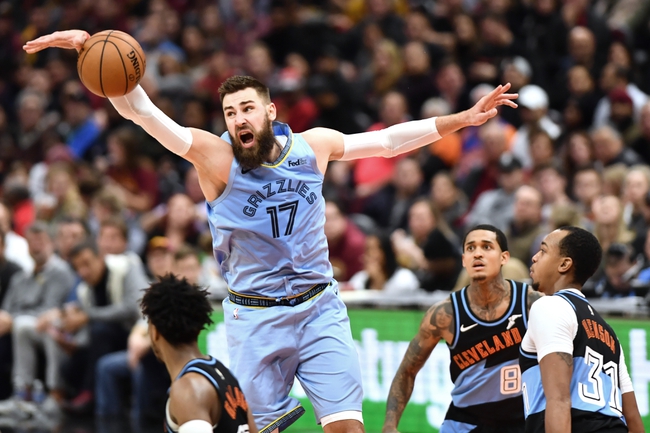 On Friday, the Cleveland Cavaliers are in Memphis, TN for a game against the Grizzlies in a matchup of teams from the Eastern and Western Conference.  In their last game, the Cavaliers were defeated by the Los Angeles Clippers by the score of 128-103.  Collin Sexton led the Cavaliers in points with 25 while shooting 10 of 18 from the field and 1 of 1 from the free throw line.  Dean Wade was the leader in rebounds for Cleveland as he recorded 8, with one coming offensively.  Darius Garland led Cleveland in assists in the game with 10 while playing a total of 28 minutes against the Clippers.

The Cavs enter their game against the Grizzlies with a record of 12-29 and are currently in 5th place in the Central Division.  Collin Sexton is the Cavs leading scorer and has averaged 18.8 points per game.  Tristan Thompson leads the Cavs in rebounds per game with 10.5.  Darius Garland leads the Cavaliers in assists per game with 3.6.  Cleveland enters Friday’s game with 2 players listed on their injury report as Dylan Windler is listed as out and Ante Zizic is listed as day to day.

The Memphis Grizzlies welcome the Cleveland Cavaliers to town on Friday looking to pull off another win at home and keep their positive momentum going.   In their last game the Grizzlies defeated the Houston Rockets by the score of 121-110.  Ja Morant led the Grizzlies in points on the night as he recorded 26 while shooting 10 of 11 from the field and 3 of 3 from the free throw line.  Morant also led the Grizzlies in assists on the night with 8 while playing a total of 37 minutes against the Rockets.  Brandon Clarke led Memphis in rebounds as he recorded a total of 7, with 1 coming offensively.

With the win against the Rockets, the Grizzlies are now 19-22 on the season which places them in 3rd place in the Southwest Division.  Ja Morant leads the Grizzlies in points per game with 18 and in assists per game with 6.9.  Jonas Valanciunas leads Memphis in rebounds per game on the season with 9.8 per game.  Memphis enters Friday’s game with 3 players on their injury report as Bruno Caboclo, Jae Crowder and John Konchar are all listed as day to day.