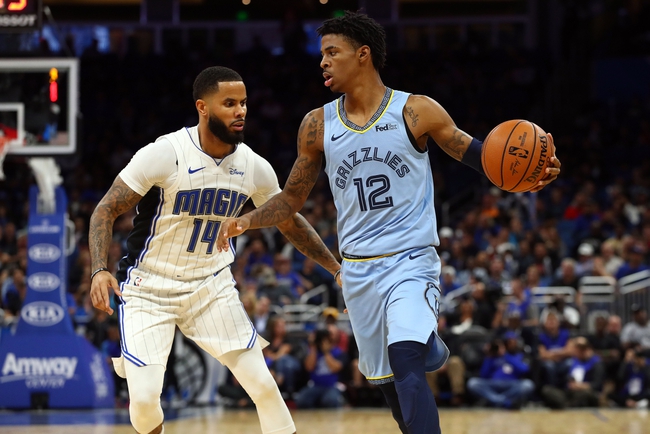 Dallas is off to a great start and Luka Doncic already seems to be building an MVP campaign in the early goings of the season. The Mavericks won five of their first seven games heading into the weekend and took the Lakers into overtime in one of their losses. They head to Memphis with a perfect 3-0 mark on the road.

As for Doncic, he nearly averages a triple-double, with 26.7 points, 9.9 rebounds and 9.1 assists per game. He had back-to-back triple-doubles against Los Angeles and Cleveland. Kristaps Porzingis has also been filling the stat sheet for Dallas, with 19.0 points, 8.1 rebounds, and 2.3 blocks per game. The seven-footer has knocked down at least three 3-pointers in four games this season and is shooting 36.4 percent from beyond the arc.

Moving on from Mike Conley hasn't been easy for Memphis so far, as the Grizzlies are one of just eight NBA teams yet to win three games. However, they are plenty fun to watch with rookie Ja Morant at the point guard spot. Morant averages 20.4 points per game and has put up at least 20 in three straight. He has also been selective and efficient from 3-point range, burying 6 of 12 3s on the season.

Another star in the making, Dillon Brooks poured in 31 points in just 30 minutes on Wednesday against Minnesota. He cashed in 5 of 7 shots from distance and was a perfect 8 of 8 from the stripe.