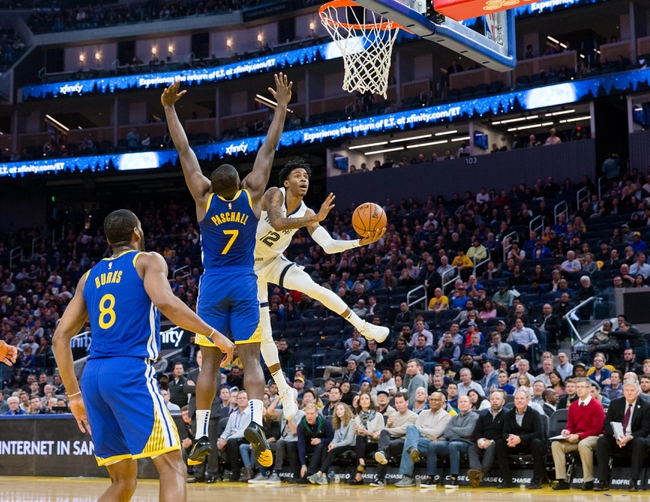 In the Grizzlies win over the Spurs, Memphis was led on offense by Jaren Jackson Jr.  Jackson connected on 8 of 11 attempts from the floor, hitting 3 foul shots, recording 24 points.  Memphis shot 52% from the floor and 42% from 3-point range.  The Grizzlies out rebounded the Spurs, 55 to 43.  Memphis largest lead was 15 points in the game.

Warriors are 4-2 ATS in their last 6 games against Memphis.

Grizzlies are 5-1 ATS in their last 6 games.

The Warriors have lost their last 7 games, while the Grizzlies have won 4 in a row.  Golden State has been awful on the road, having gone 3-18 to this point. The Grizzlies haven't been great at home, but have been better at home than the Warriors on the road.  Final score prediction, Grizzlies will win and cover, 113-105.