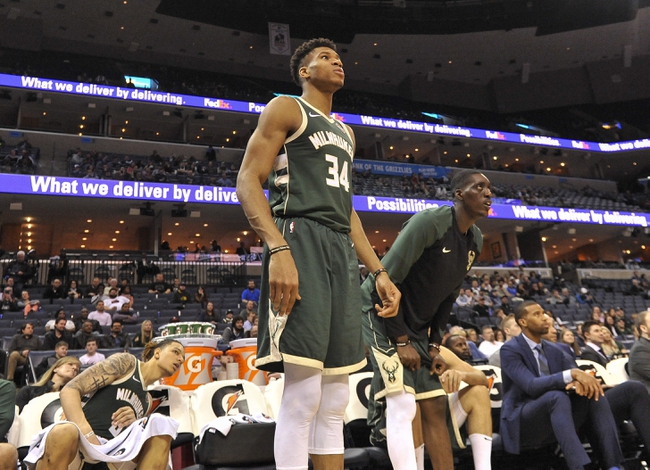 The Milwaukee Bucks head to Memphis, Tennessee on Friday for a game against the Grizzlies in a matchup of teams from the Eastern and Western Conferences.  In their last game, Milwaukee defeated the New Orleans Pelicans by the score of 127-112.  In a game where Giannis Antetokounmpo did not play due to an injury, Milwaukee had to lean on their other players to pull out the win.  Eric Bledsoe led the Bucks in points scoring 29 on the night while shooting 10 of 13 from the field and 4 of 4 from the free throw line. Bledsoe also led the Bucks in assists on the night, recording a total of 6 while playing 25 minutes against the Pelicans. Ersan Ilyasova led Milwaukee in rebounds on the night as he recorded a total of 9 with 1 coming offensively.

The Memphis Grizzlies welcome the Milwaukee Bucks to town on Friday after winning their last game against the Phoenix Suns by the score of 115-108.  Dillon Brooks led the Grizzlies in points on the night as he recorded 27 while shooting 10 of 18 from the field and 6 of 6 from the free throw line.  Jonas Valanciunas led Memphis in rebounds as he recorded a total of 9, with 1 coming offensively.    Ja Morant led the Grizzlies in assists on the night with 6 while playing a total of 33 minutes against the Suns.

With the win against the Suns, the Grizzlies are now 8-16 on the season which places them in 4th place in the Southwest Division.  Ja Morant leads the Grizzlies in points per game with 18.7 and in assists per game with 6.4.  Jonas Valanciunas leads Memphis in rebounds per game on the season with 9.8 per game.  Memphis enters Friday’s game with 4 players on their injury report as Kyle Anderson, Brandon Clarke and Andrew Iguodala are listed as out while Grayson Allen is listed as day to day.  Along with the injuries, the Grizzlies will be without Josh Jackson as he is currently serving a suspension.