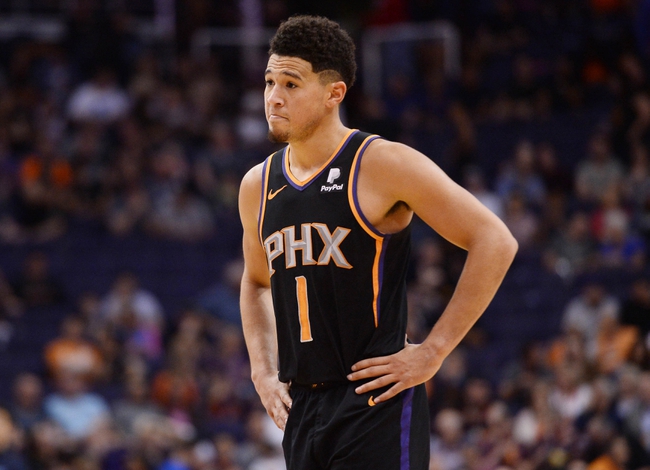 The Phoenix Suns will travel from California to Tennessee for a match up with the Memphis Grizzlies after their last game was a 121-110 win over the Golden State Warriors.  In their game against the Warriors, the Suns were led in scoring and rebounds by Devin Booker who scored 31 points while going 10 of 21 from the field, but a perfect 5 for 5 at the free throw line.  Center Aron Baynes led the Suns in rebounds with 13 and assists with 7.  The Sun’s most productive bench player was Cameron Johnson who scored 12 points and also recorded 4 rebounds.

On the year, the Suns are now 3-2 and will be looking to win to their win total on the road in Memphis.  The offense for the Suns is led in scoring by Booker who is currently averaging 24.4 points per game while shooting 47.4 from the field.  Ricky Rubio is leading the Suns in assists per game with 8.8 and rebounds per game with 6.8.  The Suns come into Saturday’s game as a healthy team, as no one is currently listed on their injury report.

The Memphis Grizzlies will be waiting at home, ready for their game against the Suns in a match up of two Western conference teams.  The Grizzlies come into Saturday’s game after losing their last game to the Los Angeles Lakers by the score of 120-91. In the Grizzlies game against the Lakers, rookie and 2nd overall pick in this year's draft JA Morant scored 19 points which led his team and also recorded 2 rebounds and 2 assists. The Grizzlies were led in rebounds by center Jonas Valanciunas with 11 while Dillon Brooks led the team in assists with 4.