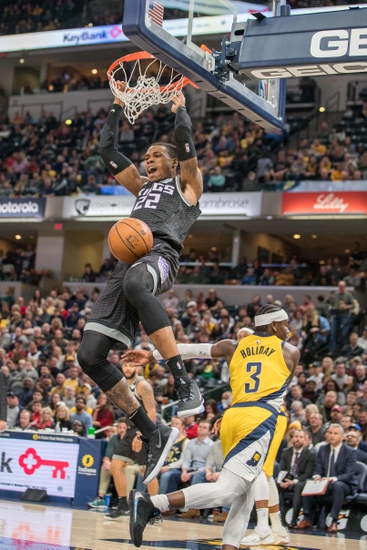 The Sacramento Kings head to Memphis, TN on Saturday for a game against the Grizzlies in a matchup of two Western Conference teams.  In their last game, the Kings were defeated by the Charlotte Hornets by the score of 110-102.  De’Aaron Fox was the main offensive weapon for the Kings as he led the team in points with 19 while shooting 6 of 13 from the field.  Fox was also the leader in assists for Sacramento on the night with 8 while playing a total of 30 minutes in the game against the Hornets.  Marvin Bagley was the leader in rebounds for the Kings on the night as he pulled in 7 boards with 2 coming offensively.

With the loss to the Hornets, the Kings are now 12-15 and are currently in 3rd place in the Pacific Division. Buddy Hield is leading Sacramento in points per game on the season with 21.6.  Cory Joseph is leading the Kings in assists per game on the season with 3.9 on the year.  Richaun Holmes has been the Kings leader in rebounds per game with 8.1.  The Kings enter Saturday’s game with 3 players on their injury report as DaQuan Jeffries, Bogdan Bogdanovic and Trevor Ariza are listed as day to day.

The Memphis Grizzlies welcome the Sacramento Kings to town on Saturday looking to get back on the winning track.   In their last game the Grizzlies were defeated by the Oklahoma City Thunder by the score of 126-122.  Brandon Clarke led the Grizzlies in points on the night as he recorded 27 while shooting 13 of 19 from the field and 1 of 1 from the free throw line.  Jonas Valanciunas led Memphis in rebounds as he recorded a total of 9, with 5 coming offensively.    Ja Morant led the Grizzlies in assists on the night with 7 while playing a total of 33 minutes against the Thunder.

With the loss against the Thunder, the Grizzlies are now 10-18 on the season which places them in 4th place in the Southwest Division.  Ja Morant leads the Grizzlies in points per game with 18.9 and in assists per game with 6.5.  Jonas Valanciunas leads Memphis in rebounds per game on the season with 9.7 per game.  Memphis enters Saturday’s game with 2 players on their injury report as Andre Iguodala is listed as day to day while Grayson Allen is listed as out.