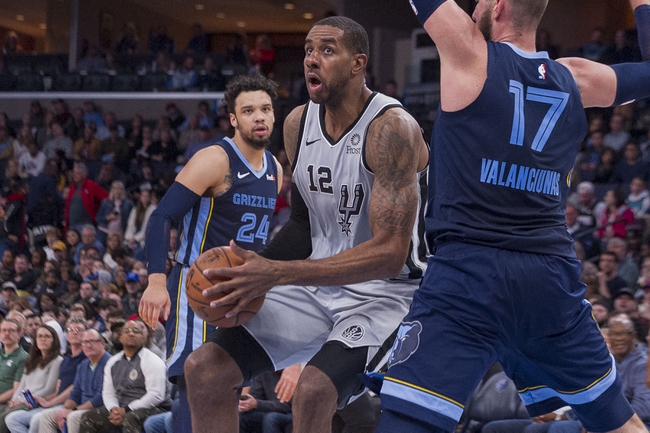 Grizzlies are 4-1 ATS in their last 5 games.

Grizzlies are 8-2-1 ATS in their last 11 games against a Western conference opponent.

San Antonio has a solid offense, averaging 114 points per contest, while having the 3rd best field goal percentage.  The Spurs could find success against Memphis, as the Grizzlies have the 27th worse scoring defense in the league.  The Grizzlies also have the 22nd worse 3-point defense, this is an area the Spurs excel when on offense.  The Spurs rank 4th in 3-point percent.  The Spurs have had their issues as well defensively, as San Antonio is 25th in scoring defense.  Both teams have had issues on defense and because of that, the total in this one is high.  However, I think it is to high, I'll take the under here.  Final score prediction, Spurs win and the total goes under, 115-112.