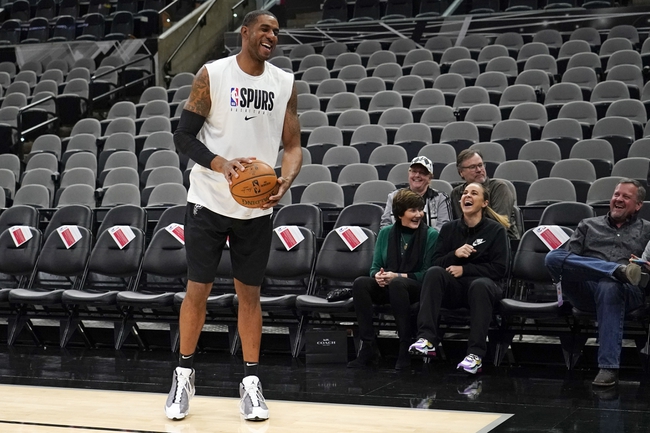 The San Antonio Spurs head to Memphis, TN on Monday for a game against the Grizzlies in a contest between two teams from the Southwest Division.  In their last game, the Spurs were defeated by the Los Angeles Clippers by the score of 134-109.  DeMar DeRozan led the Spurs in points, scoring 24 while shooting 9 of 14 from the field and 6 of 6 from the free throw line.  Dejounte Murray led the Spurs in rebounds with a total of 5 on the night, including 1 coming offensively.  Murray also led San Antonio in assists in the game with 6 while playing a total of 24 minutes against the Clippers.

San Antonio is now 11-17 on the season and are currently in 3rd place in the Southwest Division.  DeMar DeRozan leads the Spurs in points per game with 20.7. DeRozan is also leading San Antonio in assists per game as he is averaging 4.7.  Lamarcus Aldridge has been the Spurs most productive rebounder and has averaged 7.3 per game this season.  The Spurs come into Monday’s game with a clean bill of health as they do not have anyone listed on their injury report.

The Memphis Grizzlies welcome the San Antonio Spurs to town on Monday looking to pull off another win at home and keep their positive momentum going.   In their last game the Grizzlies defeated the Sacramento Kings by the score of 119-115.  Jaren Jackson Jr. led the Grizzlies in points on the night as he recorded 18 while shooting 4 of 11 from the field and 8 of 10 from the free throw line.  Jae Crowder led Memphis in rebounds as he recorded a total of 10, all coming defensively.  Crowder also led the Grizzlies in assists on the night with 5 while playing a total of 31 minutes against the Kings.