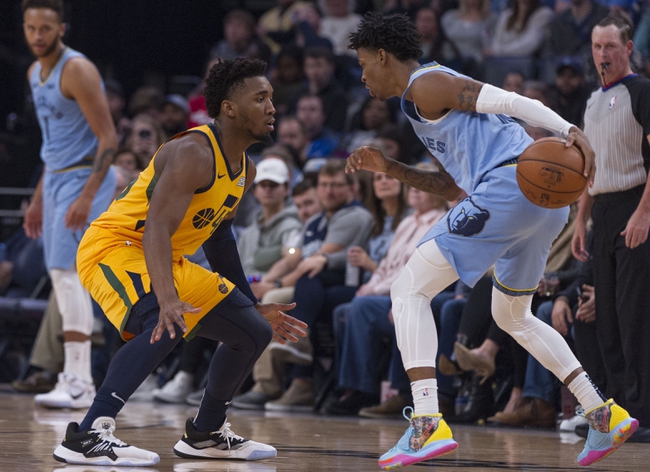 The Utah Jazz are currently 11-7 on the season which places them in 2nd place in the Northwest Division but are 3-6 on the road.  Donovan Mitchell leads the Jazz in points per game with 25.6.  Gobert leads the Jazz in rebounds per game as he has averaged 14 per game.  Mike Conley is the assists leader for the Jazz as he is averaging 4.7 per game.  The Jazz enter Friday’s game with just 2 players listed on their injury report as Ed Davis is listed as out while Nigel Williams-Goss is listed as day to day.

The Memphis Grizzlies welcome the Utah Jazz to town on Friday after winning their last game against the Charlotte Hornets by the score of 119-117.  Ja Morant led the Grizzlies in points on the night as he recorded 23 while shooting 10 of 15 from the field and 2 of 3 from the free throw line.  Morant also led the Grizzlies in assists on the night with 11.  Jonas Valanciunas led Memphis in rebounds as he recorded a total of 13, with 5 coming offensively.