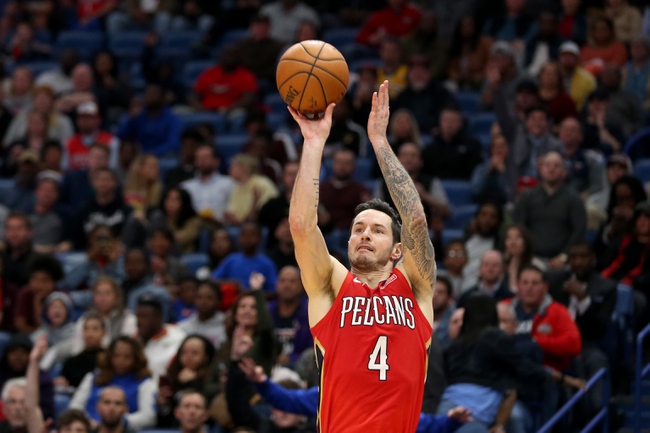 The New Orleans Pelicans head to Miami on Saturday for a game against the Heat in a game between two teams in the Eastern Conference.  In their last game, the Pelicans were victorious, beating the Los Angeles Clippers by the score of 132-127.  Jrue Holiday led the Pelicans in points, scoring 36 while going 13 of 24 from the fiend and 5 of 7 from the free throw line. Holiday also led the Pelicans in assists as he recorded 7 on the night in the 37 minutes that he played in the game.  Derrick Favors led New Orleans in rebounds as he was a machine on the glass, recording 20 rebounds including 9 offensively.

The Pelicans come into Saturday’s game with a record of 3-8, but are just 1-4 when playing on the road.  New Orleans record puts them in 5th place in the Southwest Division, which makes them the last place teams.  On the year, the Pelicans are led in points per game by Brandon Ingram who has scored 25.9 points per game.  Jrue Holiday leads the Pelicans in assists per game as he is averaging 7.2.  Derrick Favors currently leads the Pelicans in rebounds per game with 9.5.  New Orleans heads into Saturday’s game with lots of question marks on their roster as Brandon Ingram, J.J. Redick, Jahlil Okafor and Josh Hart are listed day to day while Lonzo Ball is listed as out.

The Heat welcome the New Orleans Pelicans to Miami on Saturday after a win in their last game, defeating the Cleveland Cavaliers by the score of 108-97.  Kendrick Nunn led the Heat in points with 23, while shooting 10 of 16 from the field. Nunn also led the Heat in assists as he recorded 8 in the game while playing 37 minutes.  Bam Adebayo was the Heat’s leader in rebounds as he recorded 15 on the night.

On the year, the Miami Heat are 8-3 which places them in 1st place in the Southeast Division. Jimmy Butler leads the offense in points per game and is averaging 18.8 per game.  Butler also leads the Heat in assists per game with 6.5.  Bam Adebayo leads the Heat in rebounds per game on the season as he is averaging 10.3 per game.  The Heat come into Saturday’s game with 3 players listed on their injury report as Derrick Jones Jr., Justise Winslow and KZ Okpala are all listed as out.