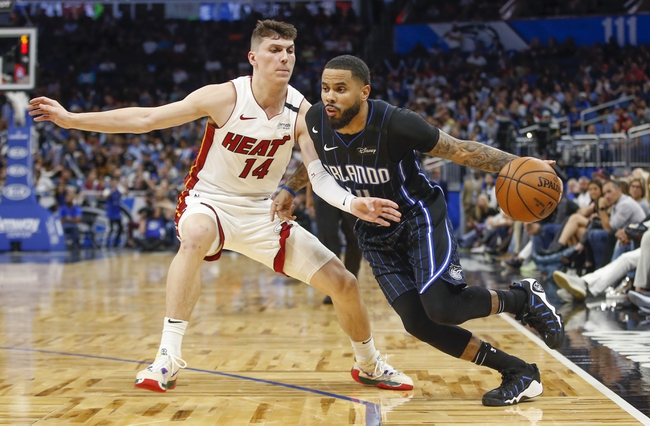 The Orlando Magic go to Miami, Florida to take on the Miami Heat on Monday at the American Airlines Arena. Did Orlando Magic are coming off of a two-game losing streak, losing to the Oklahoma City Thunder, and the Boston Celtics in their previous game. The Magic have had a rough go of it recently, as the Magic have lost four of their last five, but have still won five of their last ten games that season.

The Orlando Magic are 21-25 on the season and are seventh in the Eastern Conference at the moment. A seven seed would be extremely well-received for the Orlando Magic, as many didn't expect Orlando to make the playoffs this season. The Magic have been terrible on offense this season, but currently are the NBA's best defense in the entire league, only allowing 104.4 points per game.

The Miami Heat are coming off of a loss to the Los Angeles Clippers, snapping a two-game winning streak the Heat were on, with both wins coming from overtime victories during that winning streak.

The Miami Heat are 31-14 on the season but have been nearly unstoppable at home, with a record of 20-2. The Heat has been phenomenal this season and is one of the NBA's best teams, but they are dealing with injuries for Jimmy Butler, Bam Adebayo, Kendrick Nunn, and Goran Dragic all being labeled day-to-day with injuries.

The NBA world will still undoubtedly be in shock when this game takes place, as the sports world still mourns the death of Kobe Bryant. This will be the first game for both teams to play since the news of Bryant's passing, and most players will likely be playing with a heavy heart, which is expected. Anything can happen when the emotions are still as raw as they will be for this game, but I have to go with who is the more talented of the two to predict who wins, and that is easily the Miami Heat. Jimmy Butler is a player who plays with raw emotion 24/7, and I believe that Monday night will be no different, as Butler will likely put everything he has out on the court. However, if the Miami Heat's injuries are too much for them not to play, I can see Orlando running away with this game. Final Score Prediction, Miami Heat win 113-108.