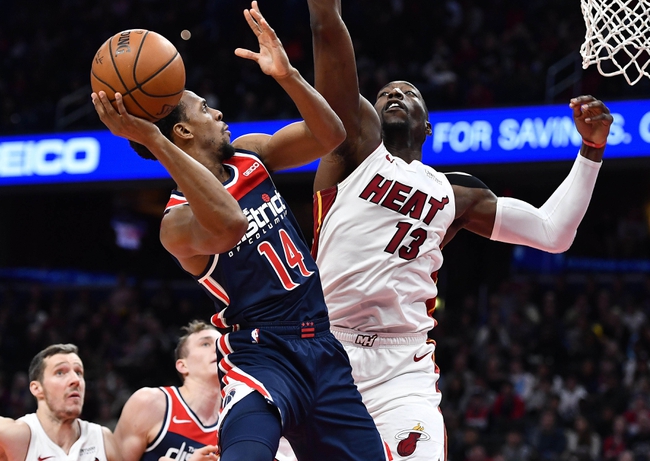 In the Heat win over the Kings, Miami was guided on offense by Kendrick Nunn.  Nunn was 7 of 17 from the floor, sinking all 8 free throws, registering 25 points and 6 assists.  Miami shot over 50% from the floor and 38% from distance.  The Heat out shot the Kings from distance, which proved to be the difference in the game.  Miami converted 16 times from deep, while allowing Sacramento to make 13.

Wizards are 4-11 SU in their last 15 games against Miami.

Washington has been poor on the road this season, going 5-17 to this point.  Miami has been the opposite at home.  The Heat have been the best team in the league at home, posting a 19-1 record to this point.  Miami had the best offensive field goal percentage and 3-point percentage when at home, while Washington ranks 30th in scoring defense and 25th in 3-point defense.  The Washington offense has been solid, but won't be able to do enough against a top 5 defense in field goal defense.  The Heat should have their way against an awful Wizards defense.  Final score prediction, Heat will win and cover, 123-109.