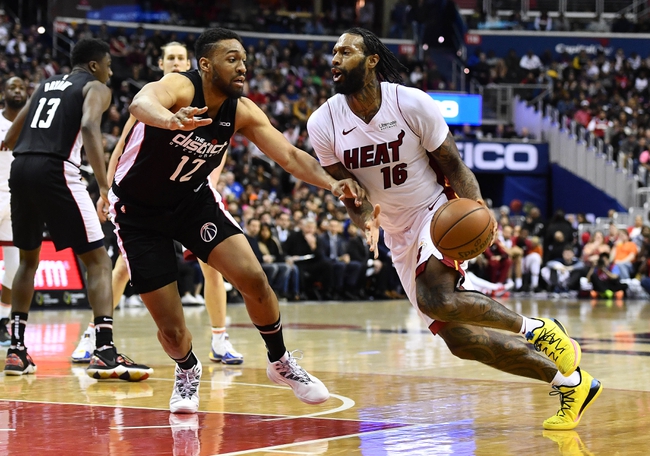 In the Wizards loss to the Magic, Washington was guided by Bradley Beal.  Beal did his part in trying to lead the Wizards to a win, scoring 42 points, pulling down 6 rebounds, and passing out 4 helpers.  The Wizards shot 51% from the floor and 34% from 3-point range.  The Wizards were out rebounded, 48 to 38.  Washington had an assist to turnover ratio in the game of, 22 to 10 in the loss.

In the Heat loss to the Celtics, Miami was led throughout the game by Jimmy Butler.  Butler converted on 10 of his 12 attempts from the floor, making 7 of 10 from the foul line, totaling 37 points.  Miami led 28-20 after the 1st quarter, but then it was all Boston going forward.  The Heat shot 44% from the floor and 37% from distance.  The Heat hurt their chances, by committing 19 turnovers in the game, while forcing just 10.  Miami led by 11 points in the game.

The Wizards have lost 3 in a row and 5 of their last 6.  The Heat have won 3 of their last 4.  The Heat are more talented then the Wizards .  Washington really hasn't had trouble scoring against teams, it has been their inability to stop their opponents.  The Wizards are giving up just under 123 points per game, which ranks 30th in the league.  Miami offensively ranks 3rd in the league in 3-point percentage, while the Wizards ranks 28th in defending the 3 ball.  Look for the Heat to light it up from distance.  Final prediction, the Heat get it done at home.