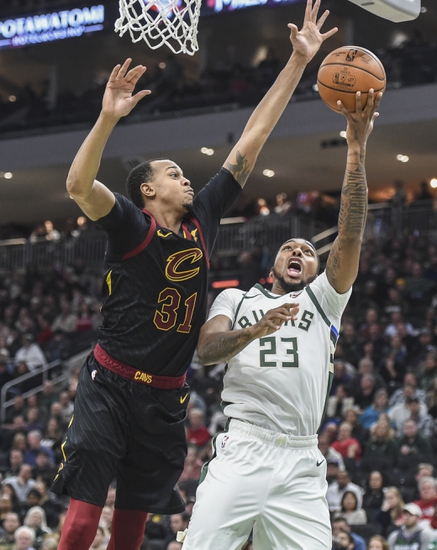 The Dallas Mavericks head to Milwaukee, Wisconsin on Monday for a game against the Bucks in what should be a decent matchup between the two teams.  In their last game, Dallas lost to the Miami Heat in overtime by the score of 122-118.  Tim Hardaway Jr. led the Mavs in points in the game as he scored a total of 28 while shooting 11 of 22 from the field.  Kristaps Porzingis led Dallas in rebounds in the game, recording a total of 14, with 3 of them coming offensively.  Jalen Brunson led the Mavericks in assists in the game against the Heat, as he recorded 8 while playing 34 minutes on the night.

The Milwaukee Bucks welcome the Dallas Mavericks to town on Monday after winning their last game against the Cleveland Cavaliers by the score of 125-108. Giannis Antetokounmpo led the Bucks in points, scoring 29 on the night while shooting 12 of 20 from the field and 3 of 7 from the free throw line. Robin Lopez was the leading rebounder for the Bucks as he recorded a total of 6, with 2 coming offensively.  Khris Middleton led Milwaukee in assists on the night as he recorded a total of 6 while playing 23 minutes in the game against the Cavs.

On the year, the Milwaukee Bucks are now 24-3 and are currently in 1st place in the Central Division.  Giannis Antetokounmpo leads the Bucks in points per game with 31.0 and in rebounds per game with 12.8.  Eric Bledsoe leads the Bucks in assists per game as he has averaged 5.7 so far this season.  The Bucks enter Monday’s game with 2 players listed on their injury report as Dragan Bender and Eric Bledsoe are both listed as out.