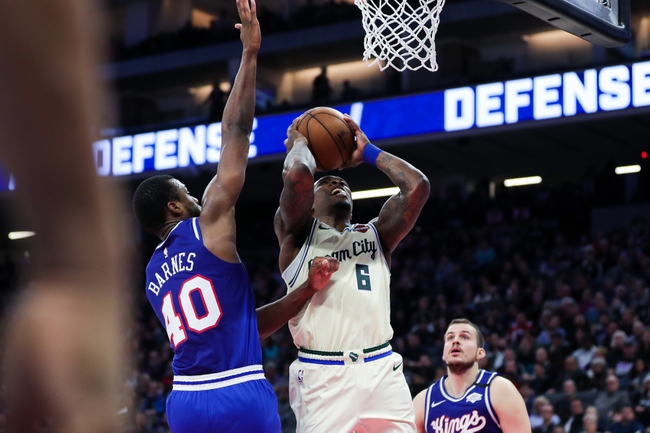 The Sacramento Kings travel to Milwaukee, WI on Monday for a game against the Bucks in a matchup of teams from the Western and Eastern Conference.   In their last game, the Kings defeated the San Antonio Spurs by the score of 122-102.  Buddy Hield was the main offensive weapon for the Kings as he led the team in points with 31 while shooting 11 of 17 from the field.  Hield was also the leader in assists for the Kings as he recorded a total of 5 while playing 32 minutes in the game.  Harry Giles III was the leading rebounder on the night for Sacramento as he pulled in 12 boards with 2 coming offensively.

With the win against the Bucks, the Kings are now 21-31 and are currently in 3rd place in the Pacific Division. Buddy Hield is leading Sacramento in points per game on the season with 20.5.  Cory Joseph is leading the Kings in assists per game on the season with 3.5 on the year.  Richaun Holmes has been the Kings leader in rebounds per game with 8.5.  The Kings enter Monday’s game with 4 players listed on their injury report as Marvin Bagley III, Richaun Holmes, Jabari Parker and Alex Len are all listed as out.

The Milwaukee Bucks welcome the Sacramento Kings to town on Monday after winning their last game against the Orlando Magic by the score of 111-95.  The Bucks were led by Brook Lopez who scored 23 points on the night while shooting 9 of 13 from the field but was 0 for 2 from the free throw line.  Giannis Antetokounmpo led Milwaukee in rebounds with 18, including 4 coming offensively.  Antetokounmpo also led the Bucks in assists on the night with 9 while playing a total of 34 minutes against the Magic.

On the year, the Milwaukee Bucks are now 45-7 and are currently in 1st place in the Central Division.  Giannis Antetokounmpo leads the Bucks in points per game with 30 and in rebounds per game with 13.5.  Antetokounmpo also leads the Bucks in assists per game as he has averaged 5.8 so far this season.  The Bucks enter Monday’s game against the Kings with 2 players listed on their injury report as Frank Mason III is out while George Hill is day to day.