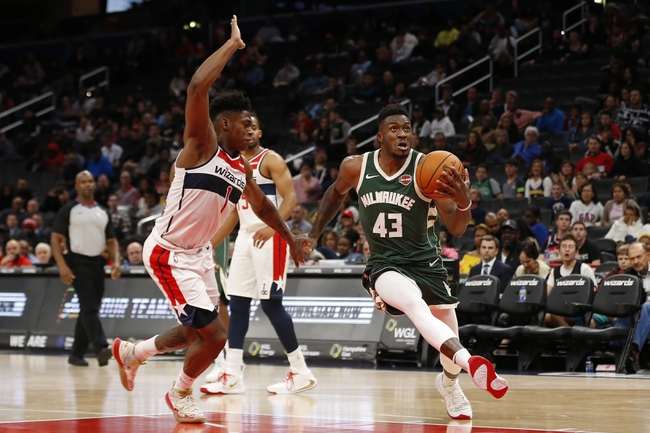 Bucks are 11-5 ATS in their last 16 games against the eastern Conference.

The Wizards have been great on offense, being able to score with the best of them.  Washington is averaging over 115 per game, but are allowing nearly 121 per contest, that ranks 30th in scoring defense.  Milwaukee has the best scoring offense, averaging over 119 per game.  The Wizards just lost by 19 to the Hawks, in a game where the defense gave up 152 points.  Look for the high powered Bucks offense to put up points consistently against a generous defense.  The Bucks rank 1st in field goal defense percentage, which will make it tough for the Wizards to keep up.  Final score prediction, Bucks will win and cover, 129-108.