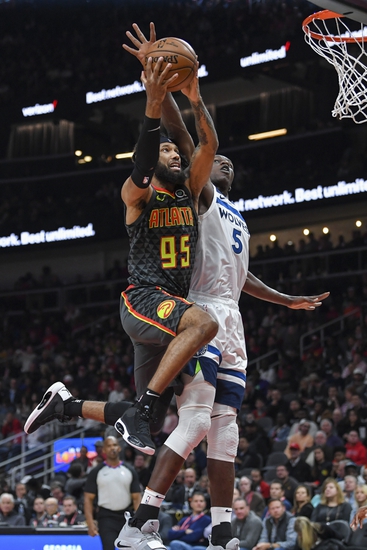 The Atlanta Hawks travel to Minneapolis, MN on Wednesday for a game against the Timberwolves in a matchup of teams from the Eastern and Western Conference.  In their last game, the Hawks were defeated by the Boston Celtics by the score of 123-115.  Trae Young led the Hawks in points against the Celtics, scoring 34 points while shooting 10 of 20 from the field and 10 of 11 from the free throw line. Young also led the Hawks in assists with 7 while playing 36 minutes in the game. John Collins led Atlanta in rebounds as he pulled in 11 on the night, including 3 offensively.

After the loss to Boston, Atlanta is now 13-38 on the season and is currently in 5th place in the Southeast Division.  Trae Young leads the Hawks in points per game on the year and is scoring 29.2 per game.  Young is also Atlanta’s leader in assists per game and is averaging 9.  Alex Len is leading Atlanta in rebounds per game on the season as he is averaging 5.8 rebounds per game.  Atlanta enters their game on Wednesday with 5 players listed on their injury report as Bruno Fernando, Alex Len and DeAndre’ Bembry are listed as out while Cam Reddish and De’Andre Hunter are day to day.

The Minnesota Timberwolves welcome the Atlanta Hawks to town on Wednesday night in what should be an interesting game between the two teams.  In their last game, Minnesota was defeated by the Sacramento Kings by the score of 113-109.  Karl-Anthony Towns led the way on offense for Minnesota as he recorded 22 points while shooting 7 of 17 from the field and 5 of 7 from the free throw line.  Towns also led the Timberwolves in rebounds with 10, including 3 coming offensively.  Shabazz Napier led the Timberwolves in assists with 7 while playing 29 minutes in the game against the Kings.

On the year Minnesota is now 15-34 which places them in 5th place in the Northwest Division. Andrew Wiggins leads the Timberwolves in points per game with 22.4.  The leading rebounder for Minnesota is Robert Covington who has averaged 6 rebounds per game. The Timberwolves are led in assists per game by Shabazz Napier who as recorded 5.2 assists per game.  Minnesota comes into Wednesday’s game with 2 players listed on their injury report as Allen Crabbe and Jake Layman are both listed as out.