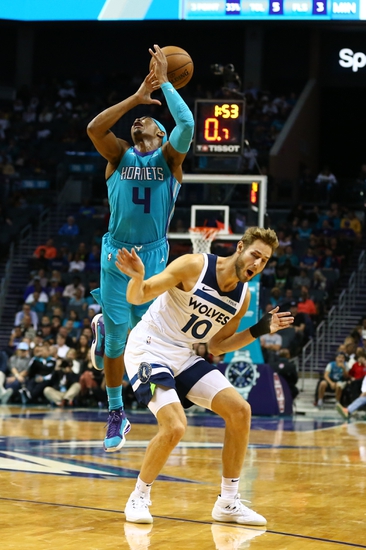 The Charlotte Hornets travel on the road to the Target Center to take on the Minnesota Timberwolves. The Timberwolves finally snapped a 13 game losing streak win a decisive win over the Clippers but lost again their last time out on the road to the Toronto Raptors. The Timberwolves allowed 137 points and lost the game 137-126 to drop their record on the season to 16-36. The Hornets have also struggled as of late having just won two of their last ten games but notched an 87-76 road win over the Detroit Pistons their last time out to improve their record on the season to 17-36 on the year.

The Timberwolves look very different now than they did before the trade deadline but come into this game averaging 112.5 points per game ranking 13th in scoring offense while shooting 43.8% from the field to rank 27th in offensive shooting percentage in the NBA. The Timberwolves franchise player stayed the same, center Karl-Anthony Towns still leads the way with 26.5 points per game while adding 10.8 rebounds. Towns also dishes out 4.4 assists per game. Newly acquired guard DeAngelo Russell scored 22 points and had 5 assists in his Timberwolves debut.

The moves at the trade deadline have turned the Timberwolves into a new team and improved morale in the locker room and it clearly paid off with the win over the Clippers. The Timberwolves come into this game with an abysmal 18-32-2 record ATS but again nothing is the same in Minnesota. The Hornets are 24-27-2 ATS on the season. Final score prediction, the new-look Timberwolves get the job done blowing out Charlotte and covering the spread with a 123-106 win at home.