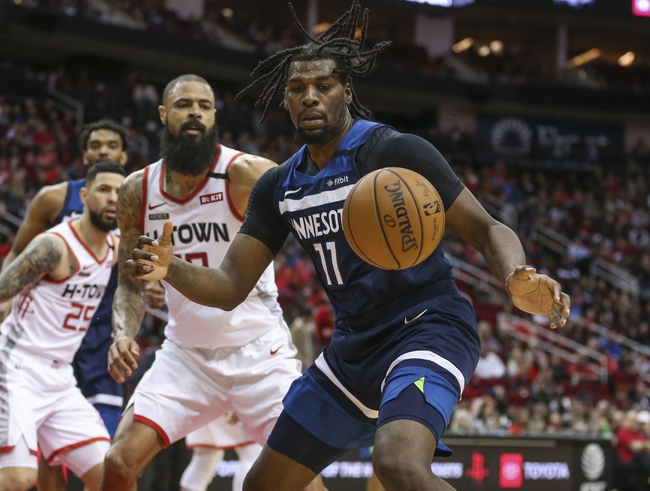 In the Rockets win over the Nuggets, Houston was led Russell Westbrook who had a monster of a game.  Westbrook nearly had a triple-double, knocking down 11 of 25 attempts from the floor, hitting 6 foul shots, totaling 28 points, 16 rebounds, and 8 assists.  Houston shot 47% from the floor and 45% from 3-point range.  The Rockets won the game from the foul line, out scoring the Nuggets 24 to 11.  Houston out rebounded Denver, 60 to 45.

Rockets are 10-4 ATS in their last 14 games against the Timberwolves.

Timberwolves are 1-6 ATS in their last 7 games.

Timberwolves are 0-7 SU in their last 7 games.

The over is 5-2 in Timberwolves last 7 games.

The Rockets snapped a 4 game losing streak, with the win over Denver.  Minnesota has dropped 7 in a row.  The rockets have an outstanding offense.  This bodes well for Houston, as Minnesota has a generous defense.  The Rockets are averaging over 118 per contest, while the Timberwolves are allowing nearly 115 per game.  The Timberwolves have struggled from distance on offense, ranking 29th, but have pounded the boards on offense.  Minnesota ranks 6th in offensive rebounds, while Houston is 22nd in defensive rebounding.  Look for the Timberwolves to get extra chances on offense and for Robert Covington to heat up from deep.  Covington is just 1/12 from distance in the last 2 games.  Covington is due for a solid game behind the arch, this will help push the total over.  Final score prediction, Rockets will win and the total goes over, 121-115.