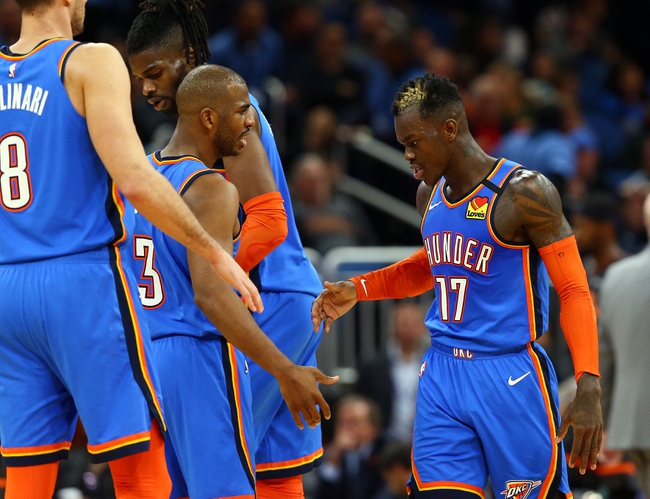 The Oklahoma City Thunder travel to the Target Center to take on the Minnesota Timberwolves. The Thunder have won their last three games, the most recent going on the road and beating the Orlando Magic 120-114 to improve their record on the season to 26-19. The Timberwolves come in sliding and have lost their last seven games, the last loss to the Chicago Bulls dropping the game 117-110 to move their record on the season to 15-29.

The Thunder has been a surprise team in the NBA this season and come in with a 30-15 record ATS on the season which is the best record against the spread in the NBA. Minnesota has struggled with a 17-25-2 record ATS on the year. Final score prediction, the Timberwolves slide continues and the Thunder win on the road with an 113-108 final score.