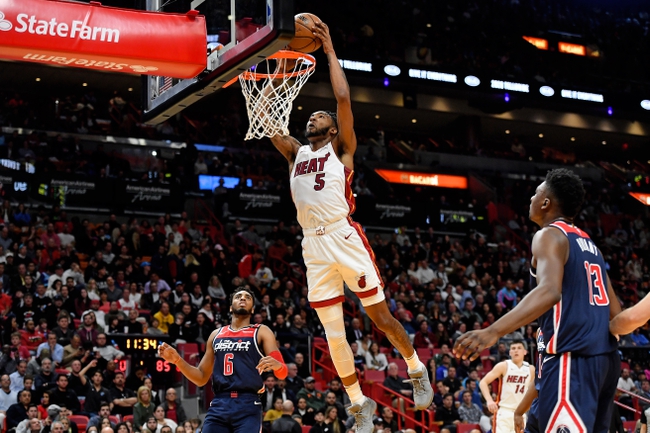 Now that we looked at the NBA three-point contest, it’s time to try and make some money on the 2020 slam dunk contest during all-star weekend. Of course, the value isn’t quite the same in this tournament given it’s just four contestants and it’s truly unpredictable. Sometimes judges are bias, other times guys you pick can’t finish a dunk and end up screwing you over because the ball didn’t go through the rim. Most of the time it comes down to who was the most creative, and that’s really hard to factor into handicapping when you have no idea who is going to do what. However, that won’t stop us finding value and trying to make a quick buck during the all-star break.

Here are the four participants and a pick.

Aaron Gordon, +140 - While everybody talks about Vince Carter and what he brought to the table, Aaron Gordon had arguably the best dunk ever when he cleared a tall mascot and sat in the air while putting the ball under him. Forget what the record books say, Gordon was the 2016 slam dunk champion. Gordon’s athleticism and hops aren’t what you see everyday from somebody who is 6’8”. The Orlando Magic star will be motivated to finally take home the trophy after the robbery a few years ago.

Derrick Jones Jr., +175 - There’s a lot of high flyers in this league and some of the best athletes in the world, but I’m not sure anybody floats in the air like Derrick Jones Jr. They don’t call the 22-year-old Airplane Mode for nothing. When Jones jumps, he stays in the air much longer than a human is supposed to. Jones has also spent the last week or so doing dunks in warms ups before games that would receive respectable scores in this competition. Get your popcorn ready.

Pat Connaughton, +400 - Pat Connaughton can dunk and has some power to his attempts, but his lack of elite athleticism and hops makes you question how successful he’s going to be. Connaughton doesn’t have much hang time and it’s going to limit his creativity to win the judges over. However, I wouldn’t knock somebody throwing a few dollars his way simply because it’s impressive seeing a white guy throw it down.

Dwight Howard, +500 - Dwight Howard has some of the more creative dunks in recent memory and won this competition back in 2008. That experience gives Howard an edge and it wouldn’t take much to bring back the feelings of the old days. The problem is Howard no longer has the same explosiveness in his legs at 34 years old that he had back when he was with the Orlando Magic. Howard has reinvented himself with the Los Angeles Lakers and has become a key role player on a championship team, but Superman has lost his cape.

Pick: Aaron Gordon has the hops and experience to get it done here and maybe the judges play the pity role in their scoring. I could see Gordon leaving with the trophy and I can’t argue him being the favorite. However, DJJ has the hang time to be the most creative dunker in this field and pull off some stuff we’ve never seen before. When you’re in the air as long as Jones Jr. is, the potential is limitless in terms of creativity. This has a chance to be another epic battle, and I’ll have my money on DJJ getting crowned.