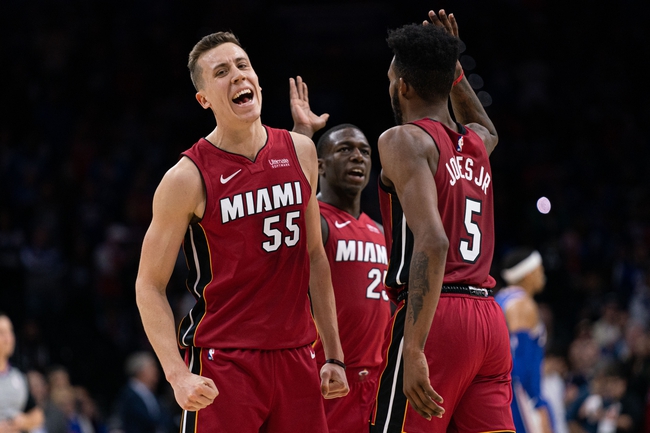 The NBA All-Star break may be a vacation for the players, but the work never stops for us bettors. Saturday will feature the 2020 NBA Three-Point Contest at the United Center, and it’s a chance to make some money during the weekend. There are eight players participating in the event and the favorite opens things up with +300 odds. So no matter who you pick to win this event, you have a chance to make at least three times your money.

Let’s breakdown each participant and predict who comes away with the trophy.

Davis Bertans, +350 - Davis Bertans will finally get some shine after wasting a year with the Washington Wizards, but his 41 career percentage from deep is ninth among active players. Bertans also has a true shooting percentage of 62.6 this season, which is 16th in the league. Yeah.

Trae Young, +425 - Trae Young has made 329 threes through 131 games so far, and he’s one of a handful of players who can consistently knockdown shots anywhere from half court. Young is sixth this season with 173 made threes.

Devin Booker, +500 - Devin Booker replaces the injured Damian Lillard at the last second, so he may be at a disadvantage a little bit. However, Booker won the three-point contest in 2018, so he’s certainly a live pick at this price.

Joe Harris, +500 - Joe Harris is the defending three-point contest champion, and his 47.4 percentage from deep last season was the best in the league. Not nearly as effective this year, but Harris has topped 40 percent each of the last three years.

Buddy Hield, +700 - Buddy Hield is third in the league this season with 207 made threes and is shooting 41 percent from deep for his career. Hield is one of those confident shooters who can go on a tear once he sees the ball go through the net just once.

Devonte' Graham, +1000 - Devonte' Graham is in the running for most improved player of the year, and he’s fifth in the league with 190 made threes. However, Graham is shooting just 37.4 percent from deep, so there’s reason for oddsmakers to be a little skeptical about his chances of winning.

Zach LaVine, +1000 - Zach LaVine is more known for his dunks than his outside shot, but the Chicago Bull knows these rims better than any of his competitors, and he’s eighth in the league with 168 made threes this season. LaVine is shooting 38.8 percent from downtown at the United Center this year.

Picks: I would have loved to get Duncan Robinson at a better price, but he’s been absolutely ridiculous this season and is a young player who has gained more and more confidence with his shot. If you’re not familiar with his ability, you’ll know soon. The Heat also have a history of producing winners at this competition. I’ll also take a shot with Booker at +500, as he’s shown he can win this competition already and probably has more to prove given that he was an all-star snub before the injury to Lillard. Booker may have a little fire in his belly.