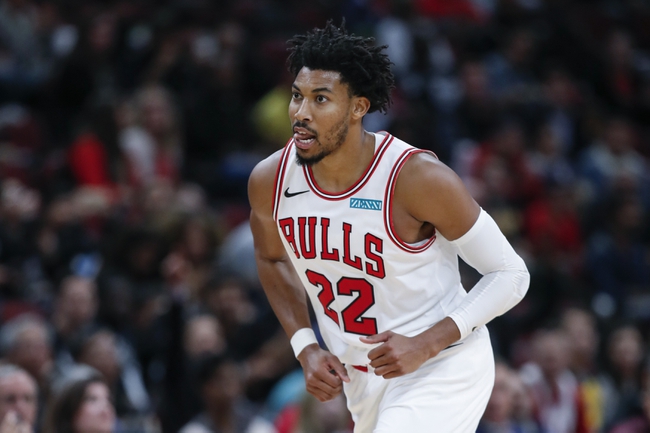 The Chicago Bulls head to New Orleans, LA on Wednesday for a game against the Pelicans in a matchup of teams from the Eastern Conference.  In their last game, the Bulls were defeated by the Dallas Mavericks by the score of 118-110. Lauri Markkanen led the Bulls in points on the night with 26 while shooting 10 of 18 from the field and 2 of 2 from the free throw line.  Markkanen also led the Bulls in rebounds with 9, including 2 coming offensively. Tomas Satoransky led Chicago in assists on the night with 14 in the 35 minutes that he played against the Mavericks.

The Bulls enter Wednesday’s game with a record of 13-24 and are currently sitting in 3rd place in the Central Division.  Zach LaVine has been the Bulls leading scorer on the year and is averaging 23.6 points per game.  Wendell Carter Jr. has been Chicago’s leading rebounder as he as averaged 9.9 rebounds per game.  Tomas Satoransky has led the Bulls in assists per game on the year and is averaging 5.5 assists per game.  The Bulls enter their game against the Pelicans with 4 players listed on their injury report as Ryan Arcidiacono is listed as out while Adam Mokoka, Wendell Carter Jr. and Daniel Gafford are listed as day to day.

The New Orleans Pelicans welcome the Chicago Bulls to town on Wednesday night after losing their last game to the Utah Jazz by the score of 128-126.  Brandon Ingram led New Orleans in points, scoring 35 while going 12 of 26 from the fiend and 8 of 8 from the free throw line. Derrick Favors led the Pelicans in rebounds, recording 10 on the night, including 4 offensively.  Lonzo Ball led New Orleans in assists with 7 on the night while playing a total of 37 minutes in the game against the Jazz.