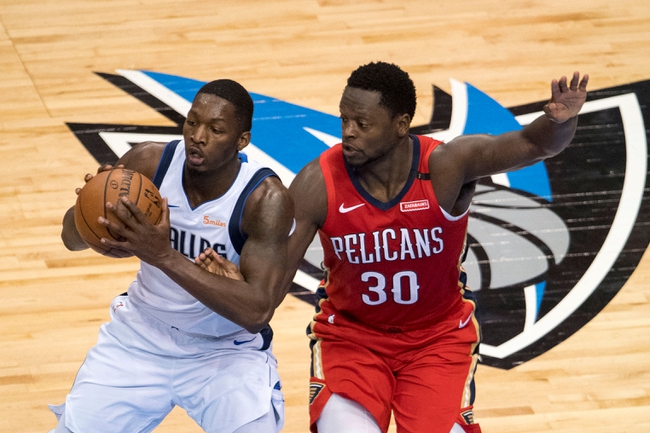 The Dallas Mavericks come into this game with a record of (1-0) after winning their season opener against the Washington Wizards 108-100.  The New Orleans Pelicans (0-1) opened their season with a loss at Toronto 130-122.

The Pelicans had 5 players that finished with at least 13 points in the loss to Toronto.  Brandon Ingram led the Pelicans with 22 points on 8/19 shooting.  JJ Redick was 4/6 from 3 point range in the game. Reddick contributed 16 points on that night. Reserve player Josh Hart came off the bench and had a double double in the game.  Hart had 15 points and 10 rebounds in the loss.  The Pelicans committed a total of 34 fouls in the game.

The under was 22-13 when the Mavericks were an away underdog.

The Pelicans were 8-13 ATS as a home favorite.

The under was 10-10 when the Pelicans were the home underdog.

The Pelicans offense was able to keep pace with the Raptors throughout the game.  I just think the Pelicans are going to be in rough shape until Zion Williamson is able to play.  Without Williamson in the lineup, that takes a way a big part of the offense and takes away his defensive presence in the post.  Look for Porzingis to take advantage of inside the paint.  I think the Mavericks should win but be safe and take the points.  Final score prediction, Dallas wins and covers 102-97.