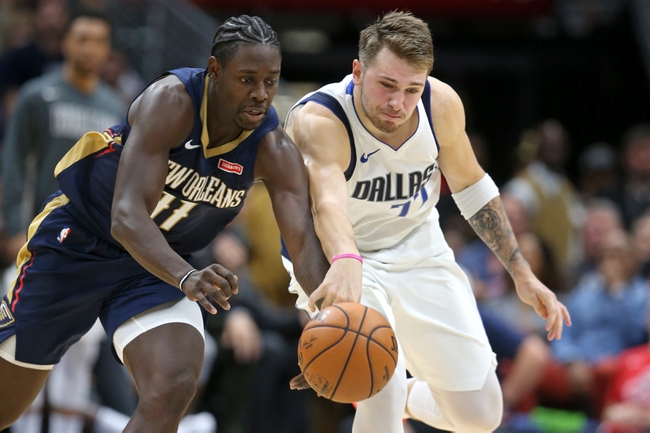 The Dallas Mavericks head to New Orleans on Tuesday for a Southwest Division matchup with the Pelicans.  The Mavericks enter Tuesday’s game after a win in their last game against the Los Angeles Lakers by the score of 114-100.  Last year’s Rookie of the Year award winner Luka Doncic led Dallas in points with 27 while shooting 10 of 23 from the field and 3 of 3 from the free throw line.  Doncic also led the Mavericks in assists on the night, recording 10 while playing 33 minutes in the game.  Doncic also led Dallas in rebounds on the night as he pulled in 9 boards, including 2 offensively.

On Tuesday, the New Orleans Pelicans welcome the Dallas Mavericks to town after losing their last game to the Oklahoma City Thunder by the score of 107-104.  Jrue Holiday led New Orleans in points, scoring 26 while going 10 of 19 from the fiend and 3 of 3 from the free throw line. Josh Hart led the Pelicans in rebounds, recording 11 on the night, including 1 offensively.  Lonzo Ball led New Orleans in assists with 7 on the night while playing a total of 33 minutes in the game.