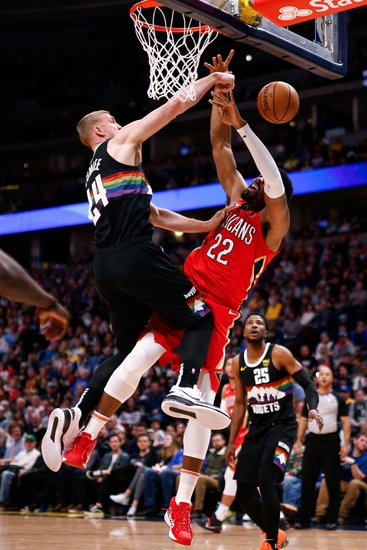 In the Nuggets loss to the Rockets, Denver was guided throughout the game by Nikola Jokic.  Jokic had a tremendous game in the loss, recording a triple-double, finishing with 19 points, 12 rebounds, and 10 assists.  The Nuggets shot 46% from the floor and 36% from 3-point range.  The Nuggets saw their chances to stay in the game slip away, as Houston out scored Denver from the foul line, 24 to 11.  The Nuggets had an assist to turnover ratio of 25 to 15.

Nuggets are 0-6 ATS in their last 6 games against New Orleans.

Denver has some key players on the injured list, while the Pelicans just cleared the injury list, as Zion Williamson was cleared to play.  Williamson did have a solid game in a minutes restricted game.  Williamson stats wise did look decent, but most of his points came from behind the arch.  The points from behind the arch were due to the Spurs daring Williamson to shoot.  The Spurs essentially left Williamson wide open.  This will not be the case against a Nuggets defense that ranks 6th in scoring defense.  Williamson will be great as the season continues, but he isn't in top tier shape at the moment, therefore I see Denver being able to keep his production to a minimal.  The Pelicans give up nearly 188 per game, which should allow Denver to score over their season average.  I like the Nuggets here, even with a couple players on the injured list.  Final score prediction, Nuggets will win and cover, 113-106.