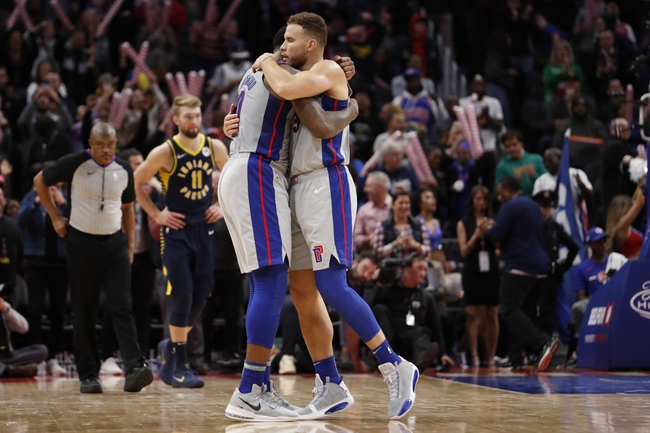 The Detroit Pistons head to New Orleans on Monday for a game against the Pelicans in a matchup of teams from the Eastern Conference.  The Pistons were victorious in their last game, defeating the Indiana Pacers by the score of 108-101.  Andre Drummond led the Pistons in points with 25 while shooting 9 of 17 from the field and 7 of 9 from the free throw line.  Drummond also led the Pistons in rebounds in the game, pulling in 22 boards with 7 coming offensively.  Bruce Brown led Detroit in assists against the Pacers, recording a total of 6 while playing 24 minutes in the game.

The New Orleans Pelicans welcome the Detroit Pistons to town after losing their last game to the Dallas Mavericks by the score of 130-84.  J.J. Redick led New Orleans in points, scoring 15 while going 3 of 9 from the fiend and 8 of 8 from the free throw line. Jaxson Hayes led the Pelicans in rebounds, recording 5 on the night, including 3 offensively.  Jrue Holiday led New Orleans in assists with 4 on the night while playing a total of 25 minutes in the game.