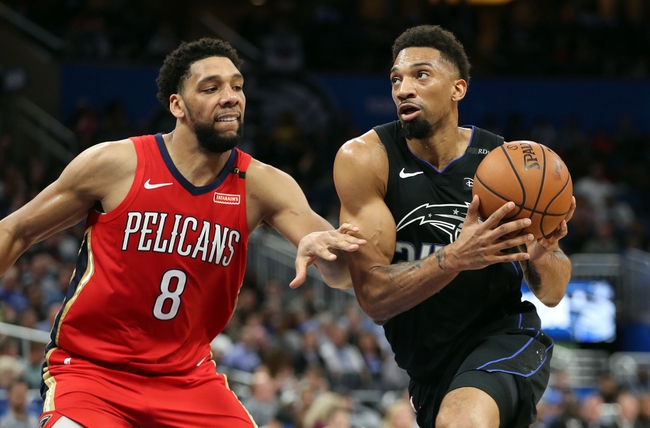 The Orlando Magic go to New Orleans, Louisiana to take on the New Orleans Pelicans on Sunday at the Smoothie King Center. The Orlando Magic are on a three-game losing streak but have been hit with some unfortunate circumstances. Those unfortunate circumstances are that they had to play three of the best teams in the NBA, and three of the NBA's best superstars. The Orlando Magic lost to the Milwaukee Bucks, and then the Los Angeles Lakers, and then the Houston Rockets. All these losses came without Orlando having their best player Center Nikola Vucevic.

The Orlando Magic are 11-14 on the season and second in the Southeast Division. The Magic have been Dreadful on offense though, posting the 29th best offense in the NBA. However, it is being reported that Nikola Vucevic may be able to play in this one, and with the addition of Vucevic back, this Magic team can finally get back to their winning ways.

The New Orleans Pelicans have had a terrible run of rate, as they are currently on an 11-game losing streak. The Pelicans are coming off of a loss to the Philadelphia 76ers, and have had to play the 76ers, the Milwaukee Bucks, and the Dallas Mavericks (twice), in the last six games.

The New Orleans Pelicans are one of the NBA's most disappointing teams so far. Some thought that the Pelicans could have a chance at a playoff spot, but right now, they sit as one of the worst teams in the NBA with a record of 6-20 on the year. A lot has to do with Zion Williamson still not being suited up for the Pelicans, and reports just came out this week that he may not play at all this season.

A lot relies on if Nikola Vucevic will be playing in this one. If Nikola Vucevic can play, I think that the Magic are the better team in this one. However, if Vucevic cannot play, I like the young squad of the New Orleans Pelicans stealing one at home. Going with the latest reports, it does look like Vucevic will play, and I'm leaning on that for the prediction. Final Score Prediction, Orlando Magic win, 112 - 105.