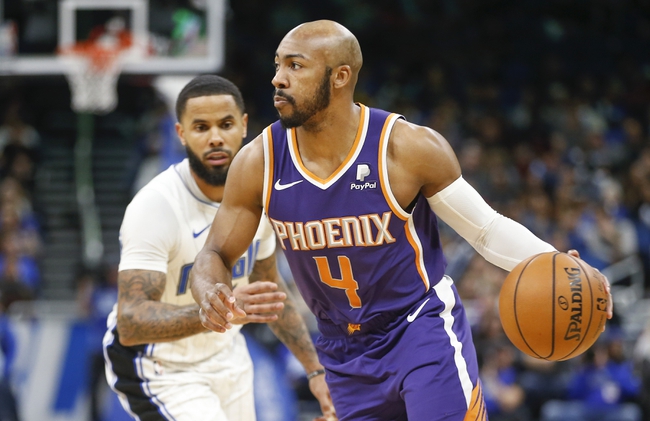 Phoenix Suns go to New Orleans, Louisiana to take on the New Orleans Pelicans on Thursday at the Smoothie King Center. The Phoenix Suns are coming off of a 109 - 104 victory over the Charlotte Hornets, that saw them finally snap a three-game losing streak.

Before the three-game losing streak, many people were surprised at how well the sun's were doing. Now it's 3 game losing streak The Suns may have come down to earth just a bit but they are still a surprise team in the NBA. Devin Booker is averaging 24.4 points per game and the likes of Ricky Rubio, Dario Saric, and Kelly Oubre have done a lot for the Suns while Center DeAndre Ayton is still out with a suspension. The Suns currently set at 9-11 on a season.

New Orleans Pelicans are on a six-game losing streak, last losing to Luka Doncic and the Dallas Mavericks. Before losing streak the Pelicans did have a bit of a run, winning three straight, but now are back to their losing ways.

The New Orleans Pelicans have not been very good at all this season, resulting in a record of 6-15. The loss of Zion Williamson for the next few months has really hurt the New Orleans side. The Pelicans still, a very young side and the expectations of playoffs were always going to be unrealistic. Those expectations I don't think are there anymore, due to how much the team has struggled while Zion has been out.

Both teams are struggling quite a bit right now and this game could end up being a toss-up. However when a team is missing their superstar and the other team has their superstar, it's the smarter way to go to pick the team with the superstar. I think Devin Booker and the Suns get this done. Final score prediction, Phoenix Suns win114-105