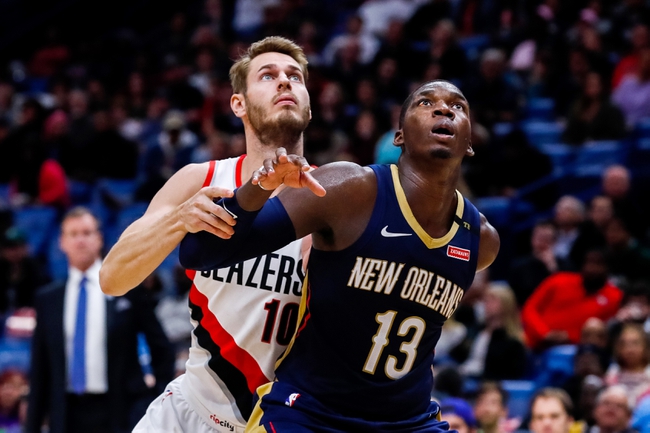 Trail Blazers are 0-4 ATS in their last 4 Tuesday games.

Trail Blazers are 4-0 ATS in their last 4 vs. the Southwest.

The under is 5-2 in Trail Blazers last 7 Tuesday games.

Pelicans are 4-1 ATS in their last 5 home games.

Pelicans are 4-1 ATS in their last 5 games overall.

The under is 5-1 in Pelicans last 6 overall.

The favorite is 5-0 ATS in the last 5 meetings.  The over is also 4-1 in the last 5 meetings.  Both teams rank in the bottom third in points allowed per game, while both teams haven't had any issue in scoring points.  The two teams essentially rank in the top third in points per game.  Both teams can shoot the 3 ball at a decent clip.  Final score prediction, Trail Blazers win and the total goes over.