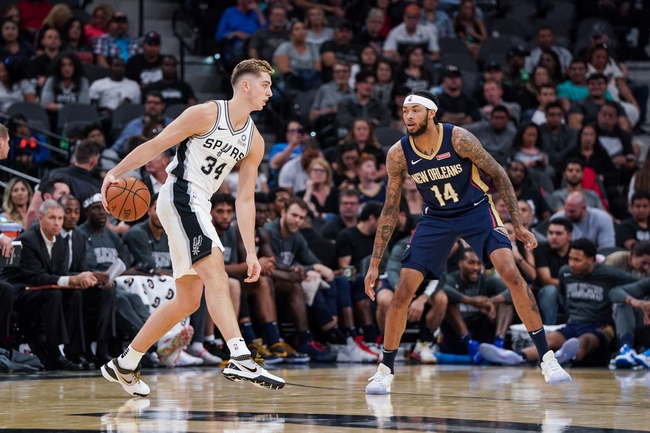 The San Antonio Spurs are 19-23 on the season, with a road record of 7 - 13, struggling to find wins away from their arena. San Antonio Spurs team isn't like most Spurs teams in the past, as they've done relatively well on offense, ranking eighth in points per game, but are 26th in points allowed per game, as they are struggling to defend, which is not a normal trait for a Gregg Popovich team to struggle with.

The New Orleans Pelicans are coming off of a win over the Memphis Grizzlies, and have won three of their last five games, going on a two-game winning streak as well.

The Pelicans are 17-27 on the season, with a home record of 8-13. This game will be the debut of Zion Williamson, who has been out with a knee injury since before the season started after being drafted first overall in the 2019 NBA Draft.

The entire world's eyes are going to be on this game, as Zion Williamson makes his long-awaited debut. I think the hype and energy around this game will be unlike anything we've seen this season. The fans will be chanting Zion's name throughout this entire game, and despite the Pelicans having a ton of injuries at the moment, I think that they sneak past the San Antonio Spurs to bring a win to the city of New Orleans, and Zion, on his debut. However, if Jrue Holiday is too hurt to play, it may get ugly for Williamson's debut. Final Score Prediction, San Antonio Spurs win 103 - 100.