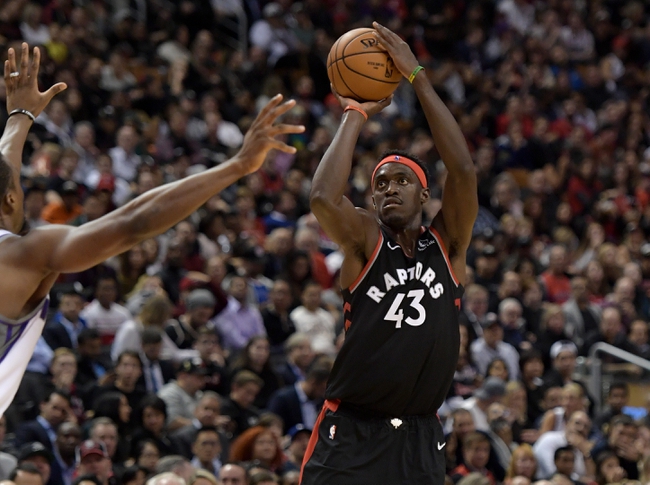 A rematch of the thrilling season-opener from three weeks ago will be run back in the Big Easy on Friday night when New Orleans (1-6) hosts the defending champion Toronto Raptors (5-2) at Smoothie King Center. The season-opening 130-122 overtime win for Toronto saw Fred VanVleet score a career-high 34 points in 44 minutes while Pascal Siakam also added 34 points and 18 rebounds for the win.

The Zion Williamson wait is still on and Lonzo Ball and JJ Reddick are day-to-day for the Pelicans, and it just makes some wonder how good this offense could be if the entire team could be healthy at once. New Orleans is already the No. 4 offense in the NBA at 119.3 points per game, and with Williamson, the Pelicans could challenge to be one of the best. But where New Orleans is not good is on defense, where it is the worst team in the NBA allowing a shocking 124.3 points per game -- nearly three points more than the next worst team in the league, the Houston Rockets.

That has led to plenty of high-scoring losses, and one impressive 122-107 win over Denver at Smoothie King. In the Pelicans’ losses, they are averaging 119.0 points per game, a total that most would consider plenty to win most games. But in those same matchups, New Orleans is allowing an outrageous 127.2 points per game.

Brandon Ingram ranks No. 13 in the NBA in scoring at 25.9 points per game, while five other players average in double figures led by Jrue Holliday and his 14.2 points per game.

After the season-opening win over New Orleans, Toronto has shown that it can continue to be one of the top teams in the NBA even without Kawhi Leonard. With only a six-point loss at Boston and a 10-point loss at Milwaukee to spoil an otherwise perfect record, the Raptors continue to soar near the top of the Eastern Conference. However, it is difficult to tell just how good this Toronto team is, considering that the combined records of the teams that the Raptors have defeated this year is just 12-29.

In the end, this is an easy one. These are two top-10 offenses and New Orleans is the worst defense in the NBA. The total comes in a just 233. Could anyone look at a 122-115 score as outrageous? Doubt it. A 132-125 probably wouldn’t be outrageous. Just take the over and enjoy watching two great offenses -- and one bad defense -- score all kinds of points. Just hope the two teams don’t leave it too late before hitting that 233.