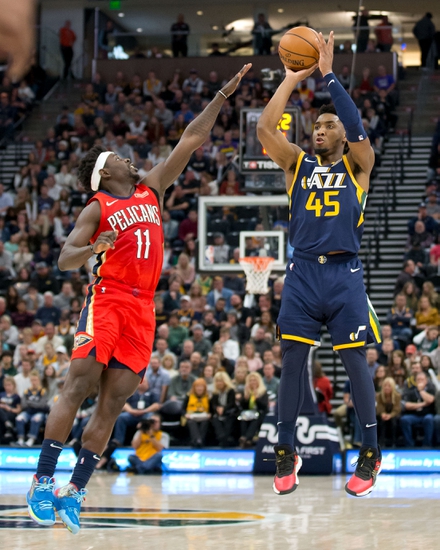 The Utah Jazz travel to Smoothie King Center to take on the New Orleans Pelicans. The Jazz come in on a five-game winning streak, the most recent a dominating win on the road over the Orlando Magic winning 109-96 to improve to 23-12 on the year. The Pelicans grinded out a win over the Sacramento Kings 117-115 to improve their record to 12-24 on the season.

The Jazz success can be attributed to their effort on the defensive end which is led by back to back defensive player of the year Rudy Gobert; Gobert averages nearly two blocks a game for the Utah defense which is allowing opponents to score just 105.3 points per game and ranks 5th in the NBA this season. The Pelicans bring one of the worst defenses in the NBA allowing teams to score 116.6 points per game which ranks them 28th in the NBA in scoring defense.

Recent backers of both the Utah Jazz and Pelicans have been very successful as Utah has covered six straight games and have won five of those contests. The Pelicans record in their last six games ATS is 5-0-1 and they have won five of their last six games straight up. The Utah defense will continue their dominance. Final score prediction, the Jazz go on the road and win by 10+, easily covering the spread with a 120-103 final score.