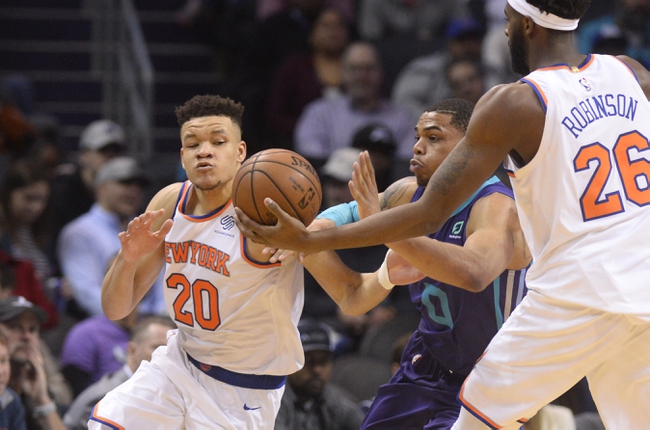 During the Knicks game against Mavericks the Knicks were led offensively by Marcus Morris.  Morris made 7 of his 19 attempted shots, totaling 20 points in the game. Morris lifted the Knicks to a win, with his game winning 3 point shot with 13.2 second left in the game.  The Knicks shot 44% from the floor and 43% from 3-point range. The Knicks out rebounded the Mavericks 62 to 48.

Hornets are 4-0 ATS in their last 4 road games.

Hornets are 8-2 ATS in their last 10 vs. the Eastern Conference.

Knicks are 1-5 ATS in their last 6 Saturday games.

This should be a pretty even matchup, as both offenses have struggled thus far.  The Knicks do have the advantage on the offensive side, as the Hornets rank 30th defensively in opponents field goal percentage.  Opposing teams are shooting at a 49% clip from the floor. The Hornets are also without Nicolas Batum for the game. Hornets have also lost 4 in a row.  I’ll take the Knicks at home, as the Hornets have struggled to find consistency lately. Final score prediction, Knicks win,  108-103.