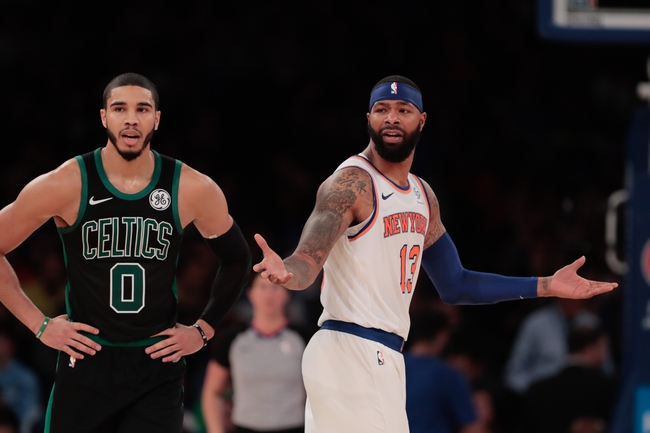 The Bulls are heading into the game here with a 1-2 record on the season. The last game out for the Bulls was a very disappointing loss as the Bulls lost to the Raptors by 24 points. The offense for the Bulls only managed to get 84 points and the defense allowed a total of 108 points to be scored, which was impressive for the defense, but the offense was horrible.

Zach LaVine has managed to lead the Bulls with 21.3 points a game being scored. The LaVine has ended up getting 5 assist a game. When it comes to cleaning up the glass the Bulls have relied on Lauri Markkanen who has pulled down a total of 11.7 boards a game.

Well, the Knicks fans are going to be disappointed again this year. The Knicks have only managed to have a little bit of offensive production this season, but the defense has really had some issues on the year so far as well. The last game for the Knicks was a 23 point loss to the Boston Celtics and it was definitely something the Knicks would like to have been more competitive in, but alas the Knicks simply did not have the talent to compete.

RJ Barrett really has shown up defense for the Knicks with 21 points a game. Elfrid Payton has ended up getting a total of 5 assist a game on the year. Julius Randle has managed to get 10.7 boards a game on the year so far.

The Bulls have a talented group of players on their roster. That is definitely going to help the Bulls out, but the Knicks have a group of players who can really play ball, but have to adjust to the level of play the NBA has as the Knicks players are younger and built more for the future. Look for the Knicks to struggle in the game as the talent of the Bulls is overwhelming at times. Final Score Prediction, Chicago Bulls win 108-98.