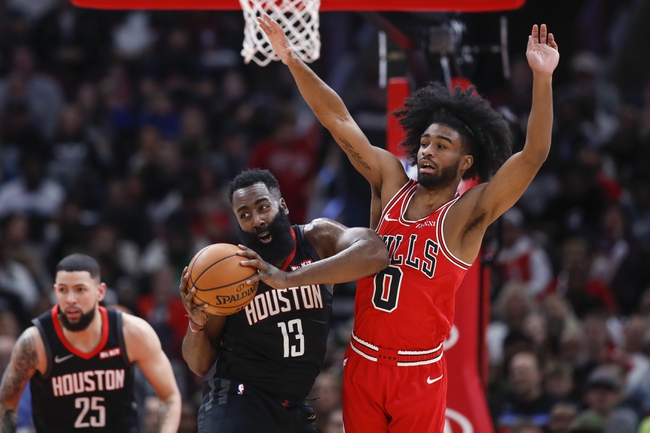 In the loss to the Cavaliers, the Knicks were led by Julius Randle.  Randle recorded 20 points on 6 of 14 shooting.  Randle was the only Knicks starter to finish in double figures.  Allonzo Trier added 13 points on a perfect 5 of 5 shooting off the bench.  The Knicks shot 36% from the floor and 29% from 3-point range.  The Knicks were able to out work the Cavaliers on the glass, out rebounding them 64 to 49.  The Knicks had 21 turnovers in the game.

The Knicks are 5-2 ATS in their last 7 road games.

The underdog has had some success in this series ATS, going 9-4 in the last 13 meetings.  Neither team has gotten off to a great start this year and both teams have been average ATS this season.  The Knicks have won 6 of the last 10 meetings against the Bulls. The Knicks only have 1 road win, but the Bulls only have 1 home win.  I'm going to take a shot with the Knicks here, seeing I think this game could go either way, especially with Otto Porter Jr. out and Lauri Markkanen probable. I think the Knicks can win this out right, but stay safe and take the points.  Final score prediction, Bulls win and the Knicks cover, 106-104.

The pick in this article is the opinion of the writer, not a Sports Chat Place site consensus.
Previous Pick
Detroit Pistons vs. Miami Heat-11/12/19 NBA, Odds & Prediction
Next Pick
Phoenix Suns vs. Los Angeles Lakers - 11/12/19 NBA Pick, Odds, and Prediction