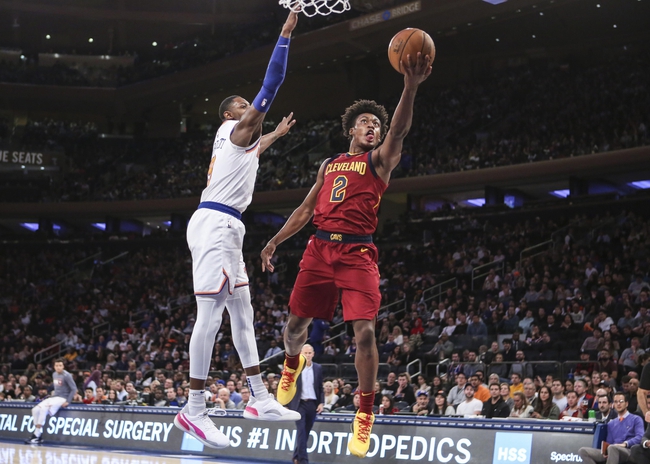 In the Cavaliers loss to the Heat, Cleveland was guided offensively by Kevin Love.  Love made 6 of his 16 attempts from the floor, totaling 21 points.  Collin Sexton added 15 points and 3 assists in the game.  The Cavaliers trailed by 24 points at the half, before chipping away and making the score more respectable.  Cleveland shot 42% from the floor and 25% from 3-point range.  The Cavaliers biggest deficit was 27 points.

Cavaliers are 3-1-1 ATS in their last 5 games overall.

Cavaliers are 5-2 ATS in their last 7 road games.

The under is 4-0 in Cavaliers last 4 road games.

Knicks are 2-5 ATS in their last 7 games overall.

The Cavaliers are 6-1 ATS in their last 7 meetings against the Knicks, when the games are played in New York.  The Cavaliers have dominated the series lately, winning 8 of the last 10 matchups.  Both teams have struggled to score this season, ranking in the lower third in offensive production.  The defense for both teams has been the reason for a few of each teams wins.  This should be a close game, but I'll give Cleveland the edge.  The Knicks rank 30th in free throw percentage, the Cavaliers rank 7th.  Therefore, if this game comes down to the wire, which it should, the Cavaliers have the better chance to win.  Final score prediction, Cleveland covers.