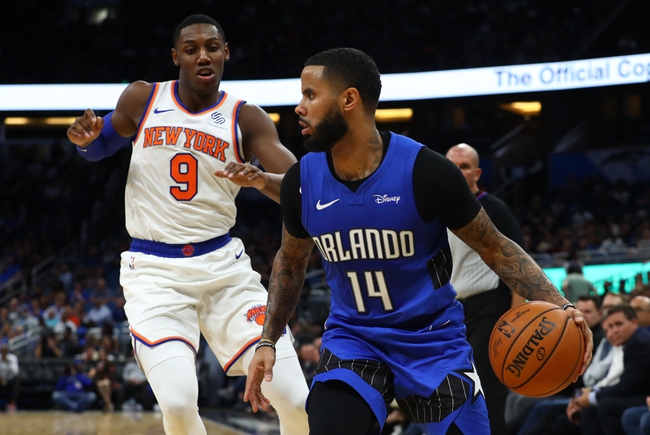 In the Magic loss to the Heat, Orlando was guided throughout the game by Nikola Vucevic.  Vucevic tallied 21 points, 9 rebounds, and 4 assists.  The Magic connected on 40% from the floor and 27% from 3-point range.  The Magic who have relied this season on their defense due to an inept offense, saw exactly that in this contest.  The Magic did struggled defensively around the perimeter, allowing Miami to connect 15 times from deep.

In the Knicks win over the Cavaliers, New York was led on offense by Elfrid Payton.  Payton had a tremendous game, registering a triple-double, totaling 17 points, 11 rebounds, and 15 assists.  The Knicks connected on 56% from the floor and 38% from 3-point range.  The Knicks recorded 12 offensive rebounds and forced 14 turnovers, which helped lead to the Knicks attempting 10 more shots from the floor.

The under is 16-9 in Knicks home games this season.

Neither offense has been scoring at will, as neither team is scoring more than 14 per contest.  Defensively, the Magic have the best scoring defense, while the Knicks rank 18th.  Orlando has been better on the road record wise than the Knicks have been at home.  However, the Magic have been scuffling, having lost 7 of their last 9 games.  The Knicks have won 3 of their last 5.  I'll take the Knicks at home, as it would be hard to put confidence in a team that is scuffling on both sides of the ball.  Final score prediction, Knicks will outright win, 107-103.