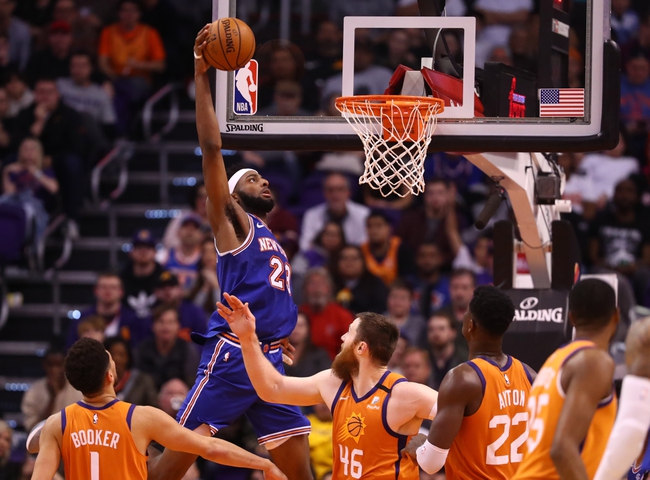 In the Suns loss to the Hawks, Phoenix was led on offense by Devin Booker.  Booker was 12 of 23 from the floor, hitting all 13 foul shots, registering 39 points.  The Suns shot 46% from the floor and 20% from 3-point range.  Phoenix lost the game from 3-point distance, allowing Atlanta to connect 14 times.  The Suns were out rebounded, 55 to 48.  The Suns forced 21 turnovers in the loss.

Knicks are 2-7 ATS in their last 9 games when at home against Phoenix.

The Suns have won 2 of their last 3 games, while the Knicks have dropped 6 of their last 7.  The Suns have a top 10 scoring offense, while the Knicks rank 27th in offensive production.  Defensively, both teams are giving up between 113-114 per game.  I'll take the Suns to win on the road, as Phoenix has shown a better offense and have looked better than New York recently.  Final score prediction, Suns will win and cover, 113-107.